It seems that online slots are easy to make, as they come nothing close to the latest PC and console titles, such as Red Dead Redemption, Assassin’s Creed Odyssey, Battlefield 5, and others. That’s not quite true as online slot machines undergo a process which requires a lot of time, energy, and creativity from the slot development team.

If you like playing slots, you can play thousands of titles on dozens of new online casino & slots sites. However, bear in mind that the majority of those games are carefully designed and targeted at specific audiences. In other words, creating an online slot is just a beginning of a long and challenging process of slot adaptation and promotion. Let’s carefully dissect the process of making an online slot!

Before the team begins designing and developing an online slot, they must research the market and see what type of slot they should publish next. After obtaining the data, they gather to discuss how their next game would look like and what features it would have. They usually have determined the target audience up to this point and explored various elements that they should include in the slot machine that could cater to the potential players.

If you go to Mega Casino, which is one of the best UK casino sites, you will notice that there is a myriad of topics related to slots. Games such as Wild Sumo, Lightning Horseman, 8th Wonder, and Da Vinci’s Diamonds are just some of the titles of popular online slots. Some slot providers even go as far as creating slots inspired by various pop-culture elements, such as movies, games, comics, sportspeople, and more.

Why would someone assign a topic to a slot game, you might be asking? Let’s assume that you like vampires and watch every movie based on these mythical creatures. If you know that there is a slot called Immortal Romance featuring contemporary vampires trying to find love, would you play it? You probably would, which is the main reason why the slot development team comes up with various topics and applies them to the reels, bonuses, and symbols. Every once in a while, they even come up with stories which will keep you occupied.

Designing a slot in a visually appealing manner seems like an easy thing to do, especially when we play the slots that are not quite as captivating as some other popular games. There’s always a reason why designers leave out some of the elements, which means that poorly-designed slots that look as if they were made in the 80s are created like that on purpose, in order to reach elderly players and invoke nostalgia.

Slot design also includes UX/UI design, which plays a vital role if the slot development company wants to stay competitive. They need to determine whether their players prefer playing Autospin features, how much they are willing to bet, how many reels and symbols should be included, and many other small details that we take for granted but are of paramount importance for the slot’s success.

Gameplay involves a couple of factors which need to be determined before this phase is completed. Every slot contains bonus features that should be included in the base game and triggered when the conditions are fulfilled. There are dozens of popular bonus games, such as spinning wheels, free spins, and more. Developers sometimes incorporate mini-games that are also mostly based on luck. Some of them include selecting one of the items and being appropriately rewarded for your selection, gambling your wins by choosing the right card, and more.

RTP stands for Return to Player which is the amount of money that goes back to players who play a slot game. For example, if RTP is 95%, it means that the slot provider earns 5% and the remainder is awarded to the luckiest players.

Variance is the number of prizes awarded in a slot. If the variance is low-risk, it means that prizes would be awarded more often, but their value would not be as high as in the case of a high-risk variance.

Both RTP and variance are determined at some point so that the target audience can be satisfied with the end-product.

According to this article, online casino game developers use various “tricks” to make players play longer. As you can see in this article, many aspects of creating an online slot machine focus on attracting new players and retaining the old ones, which is basically the purpose of every game nowadays. 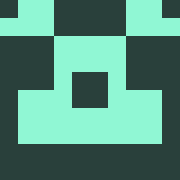 Sagar §Æ
A Word Artist | Content Strategist with a proven track record of editorial innovation across the platform, I have worked with Brands to build audiences and drive profitability. Recognized for my Creative Vision, Talent of Storytelling, Expertise in Technology, Travel, Lifestyle, and Leadership skill. STAY BLESSED SPREAD SMILES