1. Playing games on your mobile can stop you from losing your marbles. Researchers at the University of Iowa have found that mobile app gaming will keep your brain sharp, as you get older, for up to seven years longer.

2. A study by Twitch has found that gamers lead more socially active lives, are more educated, more optimistic and more successful than not- gamers.

4. Only 3% of gamers pay money for their mobile app games.

5. Rovio, the developer of the fantastically successful Angry Birds app, has turned into an entertainment company as a result of the huge sale of toys based on the game.

7. Women between the ages of 35 and 44 are the main consumers of mobile app games, representing 53% of the total mobile gaming population.

8. According to the History of Poker timeline, the first real money poker app was released in 2006.

9. 37% of iPhone users play games on their phones every day. 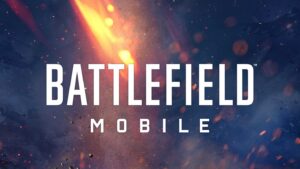 Battlefield Mobile will be available for beta testing to android users