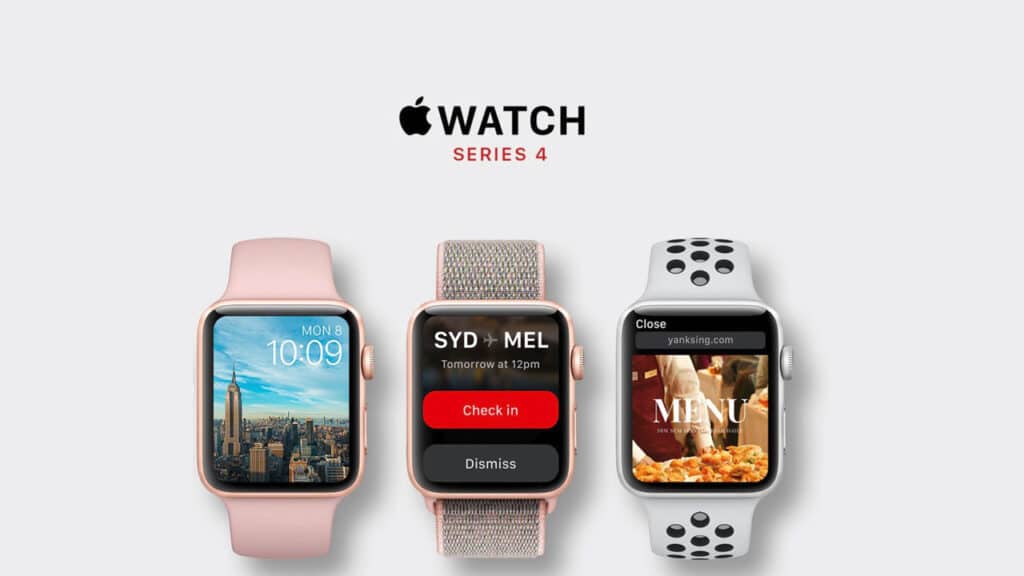 It would not be wrong to divulge that Apple has been dominating the Smart Watch market for the past few years. Companies like Samsung are nowhere as close to the sale of Apple’s watch. In the last two year, we have experienced and substantiated the Apple Watch models i.e. Series 2 and Series 3 with LTE support but the design was more or less the same and they just upgraded the wearable’s components with a faster chip, a water-resistant case, and cellular support.

In this article, we will highlight the all-new Apple watch 4 series, its changed design, rumored hardware specs and price that you had to pay to afford and wear this flagship device.

Here’s everything about the rumored new Apple Watch 4

1.The All New Apple Watch Design 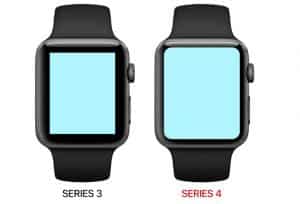 The upcoming months are going to be hectic for the Apple as rumors are, the company is all set to thrill their fans with the all-new series of products. Well, this watch from the Apple will actually be the fifth watch model and is expected to release in September 2018.

Apple might keep up the same pattern, and likely to introduce new Apple Watch models soon, possibly second week in September. Also, Apple is planning to introduce for the first time its new Apple Watch industrial design since the product line was first revealed in 2014, and believe me this might be the biggest change in terms of design and the sales for the expected watch might break the record of its own series 3 model.

The series-3 model was a great hit for the company and since its release, they are ruling over the smart-watch industry as the company sold more watches last quarter than Rolex, Omega, and Swatch combined. Why is this so? Here is the answer. According to the reports,

Features like fitness tracking and the ease of taking phone calls from the wrist have been most profound and perhaps given the Apple Watch an edge over traditional timepieces in the long run, especially as new capabilities are added such as bigger full HD display and Siri Assistance and water resistance.

If you had a series 2, 3 or earlier, nobody will able to identify the difference in terms of design as they all look identical. You basically get two options from the above watches i.e a 38mm and 42mm diameter that cost somewhere between 1200-1400$. We would have appreciated if Apple might have gone for a circular design pattern as they have some patents over the design as well but according to the reports and leaked news, only the size of the screen is going to be increased as follows.

Thus the bezels will get thinner, enhancing the overall looks, the user experience of the watch and you not only be able to see more contents on the screen but every single watch face will be quite larger.

Since its release, the watch was not so efficient, I would not say that it was poor but it needed some improvements. Apple has tried to make the battery as efficient as possible but this time we will notice a much better performance form new watch model.

According to the reports by KJ’s Securities and again “Min-chi-Kao” states that the 2018 Apple watch might be getting an overall 15% increase in the battery life. It seems like Apple might redesign the logic board from scratch in order to achieve the mentioned functionality. All the previous generations were nowhere close to the affordability of the general public and the scenario is not likely to change this time. The Series 2 and 3 generation weighed your pocket for about 1100 to 1400US dollars. This new model is supposed to come with a price tag of 1300 to 1500$ costing well enough then a MacBook Air.

The overall design, performance, and improvements in functionality such as a better talk droid tracking especially for detecting some heart rate conditions etc might be the best option for the people who can afford this flagship watch from Apple. I am really over-welled and waited for its release and hope as you are so let us see what Apple has to offer us in September.