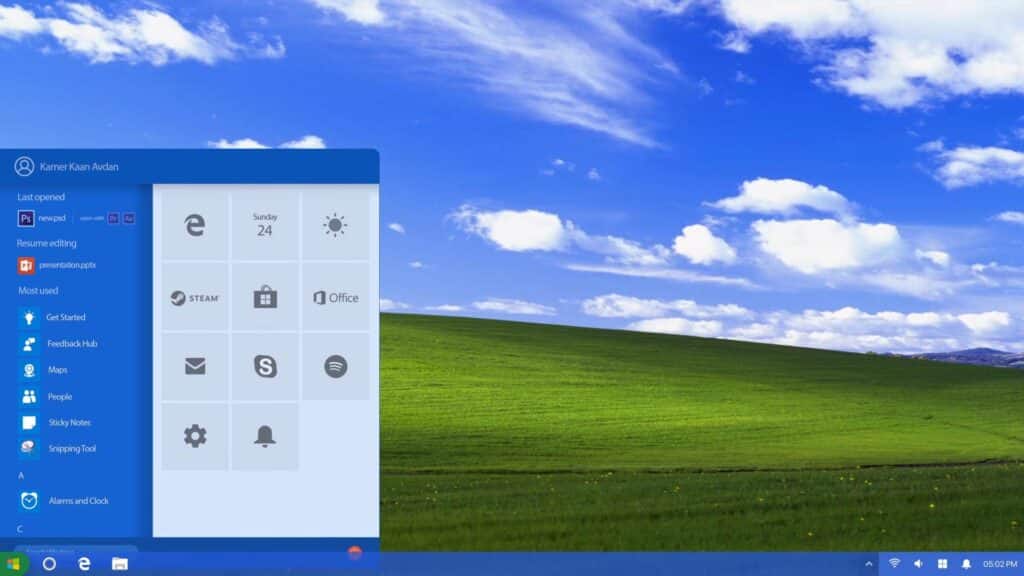 Windows operating system is the most widely used operating that makes everyone fall in love with. Especially, the Windows XP version from the Global leader Microsoft holds extensive fan-base with its simple and easy interface. Even though it’s been 5 years the development support for the OS stopped, there are many users on the planet still operates Windows XP.

Since 8 April 2014, Microsoft has no longer providing security updates and technical support. But the latest Newmarketshare report shows its immense importance by holding a significant share of 6.13 percent, which tells that it is still being used in many businesses and industries.

Even it is used by many industries, the outdated features of Windows XP don’t compete with latest Windows 10. But what if Windows XP is revamped with modern attire? How would Windows XP look if it is redesigned as per the standards and expectations for 2018?

A Tech Youtuber, Mr. Kamer Kaan Avdan has come up with one such redesigned Windows XP. His imagination will definitely awe-stuck you for a moment. He presented the video as the comparison between the original version and recreated version of Windows XP which is a glimpse in our eyes.

Mr. Kamer also previously introduced the concept of Android 9.0, Windows 11, and iOS 12 that are redrafted with modifications and advancements that amazes the spectators with open-mouths. However, the video of Windows XP 2018 received huge praises from critics and spectators. Let’s look into How he redrafted the Windows XP?

Maintaining the same essence and originality of Windows XP, Mr. Kamer has created the concept of the 2018 version of Windows XP. He doesn’t make any changes to the colors of original Windows XP but eliminated recurrent and outdated features. The recently launched Windows 10 has led the recreated version. The following list gives a glimpse of changes made in the concept.

Also read: How to Customize Folders With Different Colors In Windows

Therefore, the background music, technical modifications, and editing together add up to a perfect imagined concept of Windows XP 2018. The video featuring the concept had grabbed enough popularity worldwide. Let’s see whether the imagined version become the reality one day.