The Taiwanese Electronics manufacturer, AUO officially released world’s first 2560 x 1440 resolution AMOLED screen panel.
Previously, it has also released 5.7 inch screen size, reaching a 513ppi pixel density; but this screen is the world’s highest resolution AMOLED screen that is expected to be used by a some of high end Smartphone manufacturers.
AUO screen will beat the current Samsung Galaxy S5′s screen that has 1080p AMOLED screen. In addition to the 2K screen, AUO had also introduced the use of embedded screen with touch technology that has 5-inch 720p AMOLED touch panel, having 0.57mm of thickness and support for 10-point touch!
So, aah, everyday there is some or the other gadget or related release. Stay with us to be updated.
Keep Sharing! Stay tuned! Stay #TN! 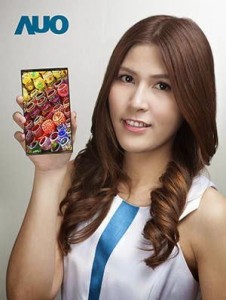