As a result of the prolonged microchip scarcity, there is both troubling, and relieving news. To the relief of American semiconductor manufacturers, the United States House of Representatives has enacted a measure allocating over $300 billion for technical advances. But there’s doom and gloom: As it is now, this bill is virtually certainly doomed to fail in the Senate entirely.

As the America COMPETES Act of 2022 passed the House in a majority nearly largely along party lines, it would give extensive incentives for manufacturing and innovation and change current U.S. economic policies in an effort to combat China’s increasing technical power. There are $52 billion in subsidies to support American semiconductor development and manufacture, along with another $45 billion to bolster the nation’s distribution network backbone for key products. Welfare programs targeted at employment improvement would be supported by the proposal, as well as initiatives to increase funding for the National Science Foundation as well as STEM educational programs.

According to Nancy Pelosi Speaker of the House Nancy Pelosi stated at a news briefing that took place this week that the law would guarantee that the United States remains the world’s leader in production, technology, and financial power. It’s a chance to bring production jobs back to towns that have been losing them for years, says Rep. Madeleine Dean, a Democratic member from Pennsylvania.

It will be America’s most comprehensive effort yet to contend with China’s technology supremacy in the world arena if this bill is passed.” However, if Congress can’t come to an agreement, the chances of this measure reaching Joe Biden’s office are nearly nonexistent. This plan has been severely criticized by Conservatives for being too soft on China and overburdened with unnecessary clauses targeted at preservation and renewable energy subsidies.

Republican lawmakers have said that Democrats are outspending Beijing in their quest to strengthen the United States’ standing in the worldwide technology field by funneling more money from Washington. In addition, some claim that the plan fails to impose meaningful sanctions on China. In a discussion with the New York Times, California Republican Congressman Kevin McCarthy, the minority speaker, vehemently condemned the legislation. In an interview, he said that the law is a squander of money and does not contain any steps to have China compensate for the havoc it caused. The bill’s Senate companion, the U.S. Innovation and Competition Act of 2021, already has garnered the backing of 19 Senate Republicans. A consensus measure to provide President with would now be drafted by Congress. Nevertheless, the Times notes that disagreements over how harsh to be on Beijing and how to most efficiently support indigenous research are tying up discussions involving the two chambers. 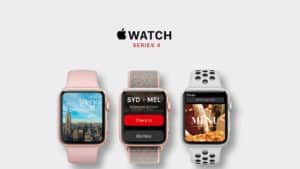 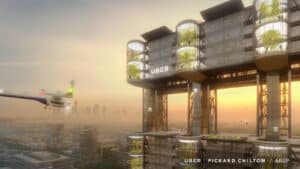