As far as computer professionals are concerned, Adobe stands true as one of the most widely used sets of applications. In terms of computer workflow, it offers so many programs to cover practically anything, from epub readers to creative tools to editing as well as even VFX capabilities that are so distinctive and cutting-edge that no other software could match Adobe’s applications. For the first time, Adobe has revealed that several of its programs, such as Photoshop and Illustrator, would be available online. Although system specs are important, it doesn’t really make a difference what operating system you’re running. Adobe is now going to be accessible on any machine that has a web browser. It’s also completely free to make use of. Ok… When I said “Free To Use,” I intended free in the sense of not charging a fee, not free in the sense of being complete and unchecked freedom. As is customary, it maintains a set of highly restrictive licenses.

All of Adobe’s application isn’t free, as you may have guessed from the title.  However, the native desktop programs are still entirely purchased save for a 30-day complimentary trial period. Just to be honest… Not all of  Adobe’s applications will be available for free. As for the free ones, they would have a “premium features” barrier. Inkscape, GIMP, PDF Readers, DaVinci Resolves, and more programs like these will be adversely affected by this. Because Adobe software isn’t free, of course. I expect the graph to move down now that matters are about to shift, however, this is just going to be a momentary blip. Because Adobe was previously restricted to Mac and Windows, this would likely lead to a rise in the percentage of individuals using Linux. 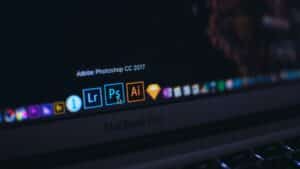