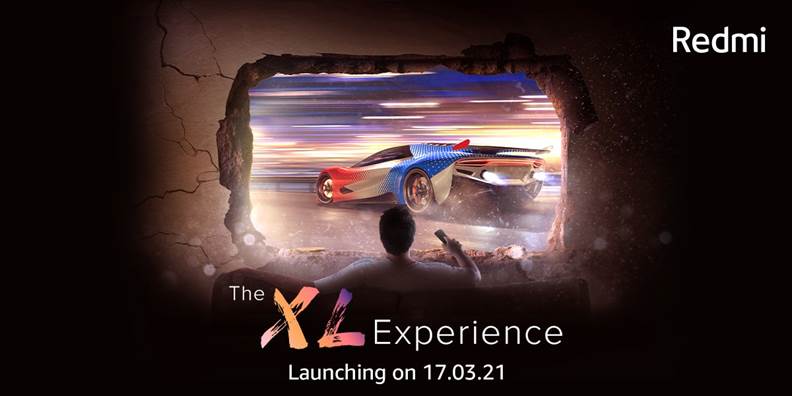 The launch date of Redmi TV India is scheduled for March 17, the company announced on Monday. The Chinese company also sent invitations to the launch ceremony. The latest creation comes days after the launch of Redmi TV in the country by Xiaomi India Managing Director and Global Vice President Manu Kumar Jain. Xiaomi is selling a number of Redmi TVs in China. So far, the company has taken smartphones, power banks, audio accessories, and wearables under the Redmi name to the Indian market.

“Last year, our Redmi brand took a big step forward on its path into new categories,” Jain said during the function. “We started our phone-plus campaign and introduced a number of new product categories, such as power banks, TWS, and the fitness band. And this year, in 2021, we’re proud to launch something bigger,” he said. Without giving any clear information, Redmi India’s Twitter account announced the launch date of Redmi TV in the region. In the mailed invitations, the brand is teasing that it brings an “XL” experience. However, it is not known if it wants to launch several Redmi TV versions in the country at once.

Brace yourselves for the #XLExperience! #Redmi's 1st Smart _ _ is coming your way on 17th March at 12 noon.

RT 🔄 and help us share this XL news. pic.twitter.com/udMANrsTrY

The Redmi TV invitation indicates the brand can provide customers with the latest Redmi TVs with an XL experience. Whilst there are no screen sizes or specs indicated yet, at least one of which could have been a big TV seems to be launched by Redmi.

In contrast to the Mi-series in India, Redmi TVs will be distinct. As the latest items are launched with Redmi and not with Xiaomi, we believe the new televisions will make budgetary additions to the TV line-up of the company.

The Redmi Smart TV X is available in three models: 50-inch, 55-inch, 65-inch, 4K panel height, NTSC 85%, wide color gamut, and a remarkable screen-to-body proportion of 97%. The TVs come with a metal framework and also allow up to 60Hz refrigeration and a smart compensation algorithm for smoother playback (MEMC).

Dolby audio and DTS-HD are supported on the TVs for an improved audio experience. It has 2GB of RAM, 32GB internal app storage, and features remote voice control microphones. They have 12.5W speakers with a subwoofer configuration for 8 units.

The versions of the Redmi Smart TV X are fitted with a XiaoAI assistant in China and are also able to monitor IoT units. This is likely to be replaced by the Google Assistant if the same television is launched in India. Driven by a Cortex A73 quad-core processor and run with PatchWall UI on Android Television.