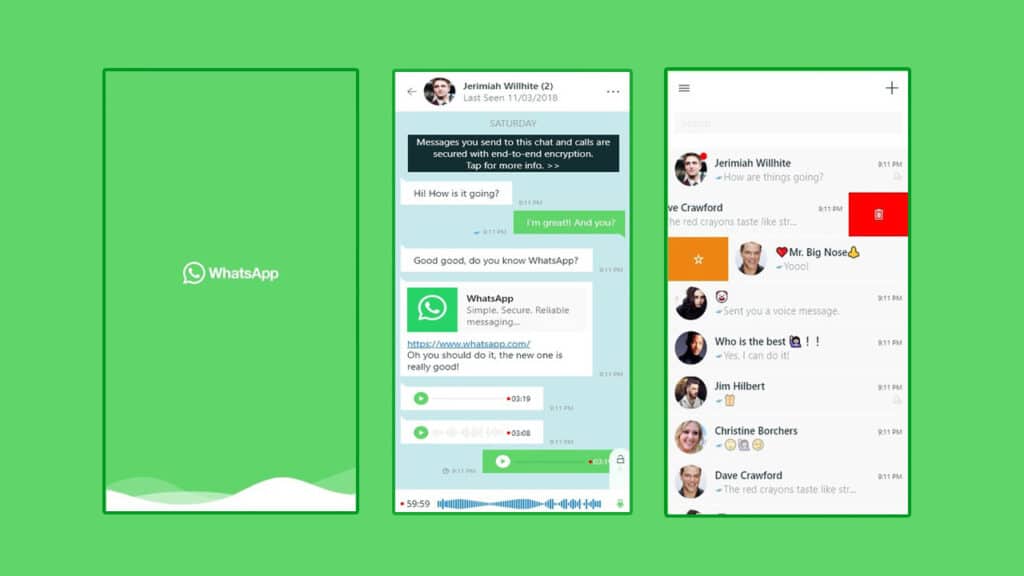 WhatsApp the popular messaging service with billion hits on google play alone is suspected to be working with the tech giant Microsoft to deliver a proper desktop app for its humungous messaging service.

The Facebook-owned messaging service is one of the few development companies which provide regular update to their app based on windows phone platform by Microsoft, but a recent report by Windows Central suggests that the messaging app is actually designing a proper desktop version of their service, recently which were supported by many media houses by a concept of UWP (Universal Windows Platform) version of WhatsApp.

Furthermore, a description of the project in Windows Central proposes chances of WhatsApp and Microsoft working very closely on this project. Though WhatsApp already has a desktop app it is basically a browser which opens the WhatsApp web service while declining some of the important features including video call and voice call. The UWP project will make sure that these important features don’t miss out as well as users could work in a much more user-friendly manner even on their personal Desktops.

Though the Page which contained the information about it was removed within few hours, the page contained information about the partnership between the two giants Microsoft and WhatsApp to create a UWP version of our popular WhatsApp with support of Windows 10 latest features, it also included sentences on project being a successful start and also applauding of Windows team for optimizing the platform by WhatsApp Dev. Team.

Though this concept is exciting and every one of us would like to know more about it we might not be able to see this app anyway soon also the possibility lies that this app never sees any light and end in development stages, so we will have to wait for either Microsoft or WhatsApp to make an official announcement on it.

On other hands this partnership is not surprising WhatsApp being the one of the most popular messaging services internationally, Microsoft would have wanted it on their UWP.