With mobile devices like smartphones and tablets becoming an integral part of our life, even replacing the PC for some, the need for sufficient storage space has now become more critical than optional. This is further heightened by the increasing size of apps and games as developers want to utilize the high resolution, pixel packed displays of new mobile devices and the growing size of videos and pictures shot through high-resolution cameras of these devices.
Unfortunately, even though smartphone cameras are now capable of recording 4K videos, a number of premium smartphones do not include a slot for expanding storage.
Thanks to USB on-the-go, it’s easy to plug in conventional storage drives like pen drives. However, with the need for adapters and cables, the process is a bit cumbersome. To make it more seamless, storage solution companies have now introduced USB drives that feature a micro-USB port in addition to supporting USB on-the-go functionality. Storage solutions company Strontium offers on-the-go USB drives under its Nitro product line for tablets and smartphones that support USB-on-the-go functionality. The drive sports a compact form factor and features a standard USB port (USB 2.0) on one end and a micro-USB port on the other to plug into mobile devices without the need for an additional cable.

The drive is available in 8, 16, 32 and 64GB storage capacities, with prices starting at Rs 490 and going up to Rs 3,000. The USB on-the-go drive offers write speed of up to 5MB per second and read speed of 15MB per second. One of the biggest advantages of USB on-the-go drive is that it can be used for expanding storage capacity of devices that don’t feature external storage slots. However, as we mentioned, the mobile devices need to offer support for USB on-the-go function. So, its application is limited to Android devices and PCs, but not Windows Phone and iOS gadgets. Windows Phone does not support USB on-the-go and iOS devices use a proprietary connector. In our use, the Strontium Nitro USB OTG drive worked as promised. We did not encounter any problems while transferring data from a PC to an Android phone and vice versa.

The only thing that bothered us was that the drive heats up after a brief period of use. The company informed this was due to the drive’s design. The temperature goes up to as much as 40-42 degrees, but would not damage the drive or the smart device. The company elaborated that the design of Strontium OTG was based on half-size CoB or micro CoB (Chip on Board), which causes the heating. The heating effect was only noticeable when the product was used with an Android device and not a laptop or PC. “We conducted a study on the heating effect with a Samsung smartphone and found that the phone’s unusual behaviour was responsible for the heating effect because even at the time when there was no operation in execution, the phone was still accessing the OTG which eventually heated it up,” a company spokesperson stated. The drive’s metal casing was also responsible for the heating effect and the company is looking at other possible solutions to overcome the thermal effect, he added. Strontium is also working on a USB 3.0 version of the Nitro OTG drive. 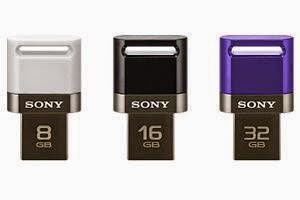