In one of it’s news conference,Samsung announced anew-generation camera phone, The Galaxy K Zoom, which will prove a milestone regarding specs & improvements.

The Galaxy K Zoom is much more better than Galaxy S4 Zoom. The phone’s much slimmer too! Although the new photo camera has slightly larger 4.8 inch screen, it’s 8g lighter than the S4 zoom.

Adapted 4.8 inch larger screen, it has improved it’s resolution from QHD to HD1020p. The processor has been upgraded from duo core to six core Exynos 5260. Rest, the phone has 2GB RAM and a 2430mAH battery.

It’s quite certain that the phone focuses on the photo feature; having a 1/2.3 inch, 20.7mp camera along with the support of 10X Optical Zoom, the Optical Anti-Vibration and the XEnon Flash as well.

The phones will be available in Black and White colour varients, but the price is not revealed yet. 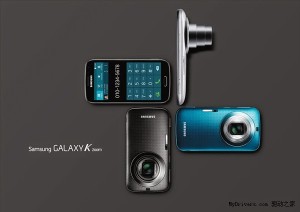 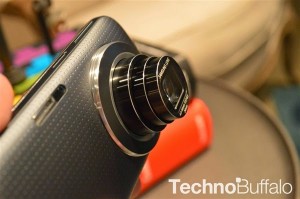