This February at MWC, Lenovo has announced the Lenovo S860 Android Smartphone is now available for purchase. This phone is the best choice for more users with high interest in apps and using internet as the phone comes with a powerful 4000mAH battery.
Lenovo S860 is ready for market with a $320 USD price tag.
The phone has an impressive design alongwith aluminum back cover. The large battery capacity is the selling point, since many user need more power souce while they’re out in no power source area. Lenovo claims that the phone has 7 days standby time and the battery can be a power source for other devices.
The phone has 5.3 inch screen size wwith 1280 x 720 pixel resolution. The phone is powered by MediaTek MT6582 quad-core processor with the clock speed of 1.3GHz coupled with 2GB of RAM & 16GB internal storage. It has an 8MP front camera and a 16MP rear camera.
Lenovo S860 is also stated about it’s own sound system that is said to enhance the sound quality.
Talking about connectivity front, it has WCDMA, GSM, 3G, Blutooth & Wifi support.
Earlier, Lenovo released P780 which had the support of 4000mAH battery. Since the phone is having much improved features, let’s see how the new phone performs in the market. 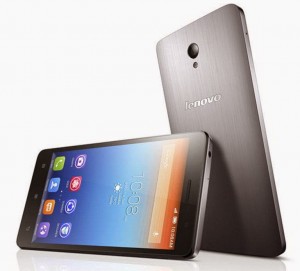