After surprisly unveiling the X, X+ and the XL at the MWC last month the company had said the Nokia X would go on sale ‘immediately’ in Africa, Asia-Pacific, Europe, India, Latin America, and the Middle East. Nokia is finally set to bring them to our shores. The Finnish manufacturer has sent out invites for an event on March 10, where it will launch the Nokia X. Additionally; it may also announce the X+.
The smartphone is already listed on an Indian online retailer for Rs 8,500. The retailed promised delivery from March 15 onwards. The Nokia X has also been listed on the Mobile Store, but without the mention of price and date.
As already told, the Nokia X sports a 4-inch WVGA (800×480 pixels) display and is powered by a 1GHz Qualcomm Snapdragon dual-core processor paired with 512MB of RAM, with features include 4GB of storage with microSD support, 5-megapixel camera and a 1,500mAh battery.

The Nokia X is based on the Android Open Source Project (AOSP), and is powered by Microsoft and Nokia services. The highlight of the Nokia X is the highly customised version of Android, with the Metro-inspired UI and access to Nokia’s own app store. Users will also get access to third-party app stores like Yandex, as well as the ability to sideload other apps.
As an introductory offer, Microsoft also announced that it would be offering buyers free calls Skype for a period of one month, and 1GB of OneDrive storage. 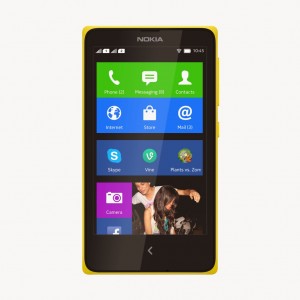