The Indian Banks Association has downplayed concerns arising from discontinuation of Microsoft’s Windows XP OS for banks and ATM’s. The association claims that neither branches nor cash vending machines will be shut down once the support for Windows XP stops on April 8.

According to IBA, there are over 1.40 lakh ATM’s across India and the shut down will only affect old ATMs as all the newer machines run on newer platforms. However, the data of such machines which are still running on Windows XP is not available.

“Banks are definitely well prepared and the industry is seized of the matter. I am very sure that you will not see a problem where ATMs or bank counters are shut because of this,” the industry lobby’s chief executive MV Tanksale told reporters on the sidelines of an event in Mumbai.

Reserve bank has also issued a warning stating that the bank operations may be hit once the Windows XP support ends. “The probability of attacks on such a system may increase and it may be difficult to defend such attacks in the absence of Microsoft support,” RBI had said in a circular to banks.

Microsoft is shutting down its Windows XP OS, on April 8, over 12 years after it was launched. According to reports government systems running Windows XP will become vulnerable to attacks and about 95 percent of ATM’s will be affected globally. Microsoft Windows XP supports over four million government computers in the US alone which may be left exposed to malware after April 8. Microsoft has also announced showing pop-up alerts from March 8 to XP users. 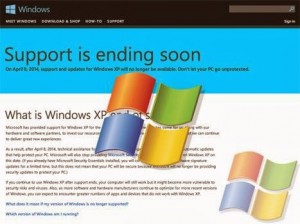 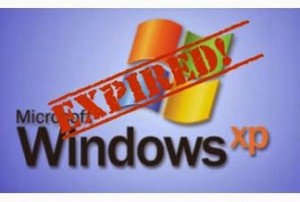