Coalition representatives and employees have reported that hundreds of Apple employees in Australia are gearing up to embark on work stoppage in the weeks leading up to Christmas in order to seek improved workplace circumstances and salaries, a move that is expected to negatively impact sales and services for the iPhone manufacturer in Australia. While the major iPhone production in China has been experiencing problems, around 200 of Apple’s approximately 4,000 workers in Australia have gone on strike for less than two days.

Apple Inc. is being pressured by the Retail and Fast Food Workers Union of Australia (RAFFWU) to provide its employees with guaranteed schedules, set hours, two-day holidays, and a yearly salary increase. According To The Spokesperson

The RAFFWU chairman, Josh Cullinan, informed Reporters that the administration will be informed of the union’s decision to protest on Monday and that the walkout was planned so that workers could spend more time with their families over the holiday season. Initial attempts to get executives to the negotiation desk this week were unsuccessful, he added, with Apple delaying a meeting until February.

Employees at Apple stores were planning to go on strike at 3 p.m. on December 23 (0400 GMT) and remain absent from work all day Christmas Eve, a day when the company typically sees a spike in purchases of iPhones, Apple Watches, as well as other items. The majority of RAFFWU workers live in Brisbane, Adelaide, and Newcastle; thus, our strike would have the largest effect there. 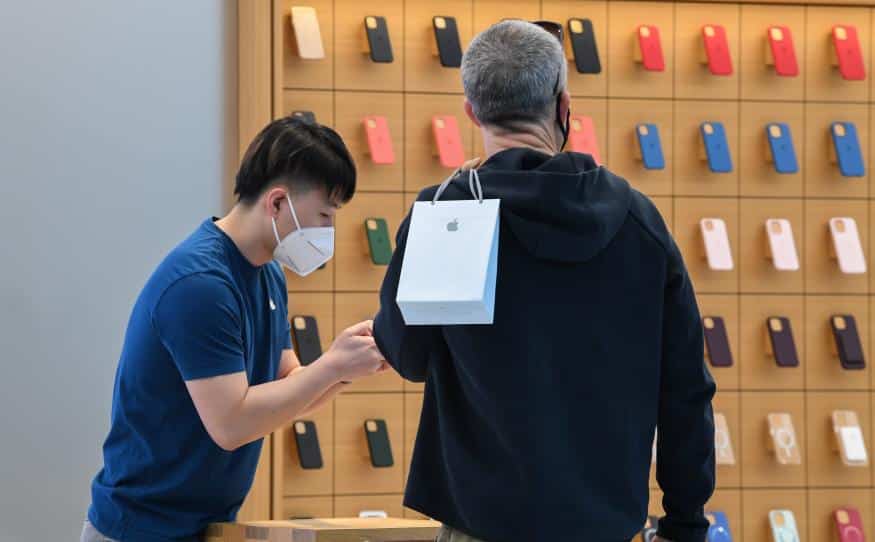 However, Apple is “happy to compensate our dedicated teammates in Australia with robust wages and great benefits,” according to a company representative who refused to discuss the discussions. The first Apple retail staff in the United States to organize a union did so in June of this year in the state of Maryland. The union on Thursday announced that discussions with Apple would begin formally in January.

“You cant put a price on work-life balance,” said one Apple employee, who will join the strike but did not want to be identified over fears of being targeted by management.

“What we have ended up with Apple is an arrangement where all the non-mandatory benefits that allows a work-life balance to workers have been taken off.”