BGMI has been rereleased in India after the ban by the government of India during the Chinese apps crackdown. Fans who were missing the PUBG experience got their prayers answered and BGMI has been a massive success so far. It is a game built to run on any mobile device made after 2015 but many gamers who do not own compitent smartphone have a really hard time experiencing everything which BGMI has to offer. PUBG solved this issue with PUBG lite and it seems the same will happen for BGMI with BGMI lite.

We bring you everything you need to know about BGMI lite, what it is, and its possible release date.

Like PUBG lite, BGMI lite will be a game specifically designed and developed by the game developer Krafton to run on low-configaration mobile phones. It will supposed have low fidelity graphics and textures, tonned down processing requirements and low system resource usage to make it run basically anything. Many Gamers in India and other countries have low end smartphones and that makes it borderline impossible for them to have any immersive gaming experience while playing BGMI. The BGMI lite aims to tackle this matter at hand.

PUBG lite was a huge success as it allowed basically anyone who owns a smartphone to play the game. After the boom of the internet space in India, everyone had internet access and it allowed gamers who previously weren’t able to enjoy such pleasures start playing their favorite games and PUBG lite used that to its advantage to grow. It seems BGMI is trying to recreate that success with BGMI lite.

Battlegrounds Mobile India lite will also run on devices with more power. It will gain slightly better visuals and fps, maximum UHD graphics with 90 FPS. It will release with two Classic and two Arcade maps( subject to change). 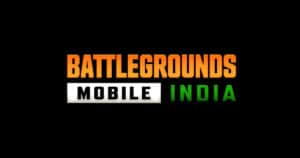 BGMI Lite could be the substitute for PUBG Mobile Lite