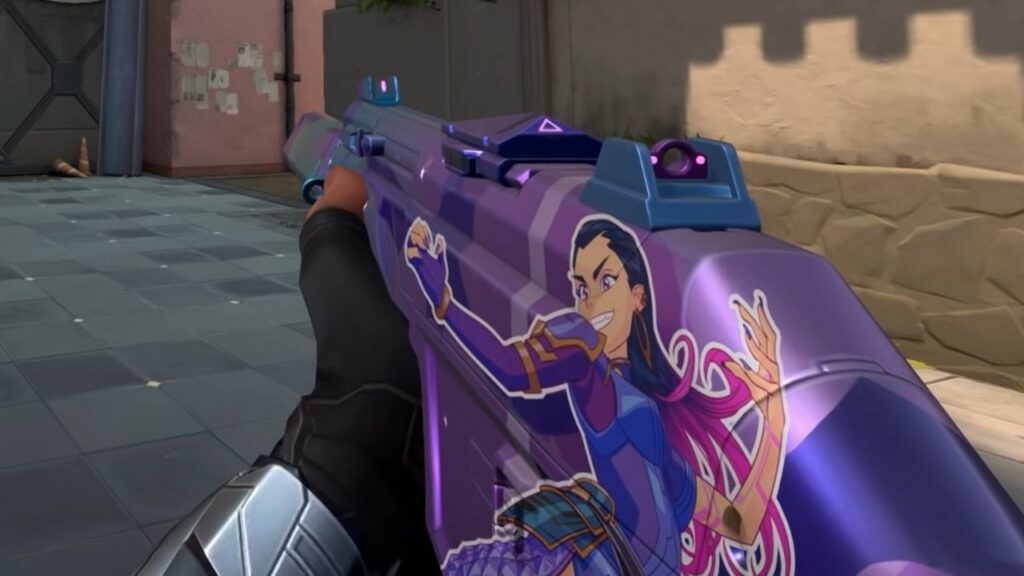 Ever since the release of the game Valorant, one question has constantly plagued the community, Phantom or Vandal? Both weapons have their own Pros and Cons giving them unique characteristics. The Phantom and Vandal possess similar qualities but different capabilities requiring different methods of usage.

To improve the Phantom aim specifically, We have done the work for you and bring you 10 tips to help understand the weapon and win you your future Valorant games.

Top 10 tips for a better Phantom aim in Valorant

One of the characteristics of Phantom is its inability to tap enemies to the head, unlike Vandal. The health of enemies in Valorant is 150 if they are fully kitted out, the Phantom installs enemies dealing 150 damage to the head if they are under 15m, but any further the damage drops off with 140 damage at 15-30m and 124 damage at 30-50m.

While this seems like a weakness that would immediately make Phantom unpopular, its low recoil, higher fire rate, and larger magazine size make it a strong competition to Vandal. Let’s Start the list to help you with your win future Ran.

Placing the crosshair where you anticipate the enemy head to be located is a good practice but since the Phantom doesn’t one tap you wouldn’t one-tap them, the Phantom has a hidden trick of solving this problem. The best place to put your crosshair is the enemy’s chin or neck.

In Valorant, the head actually starts from the center of the neck so if you aim at the neck with the phantom you may not one-tap them but due to lower recoil the second bullet will hit the head again killing them, unlike vandal whose spray would go over the head. 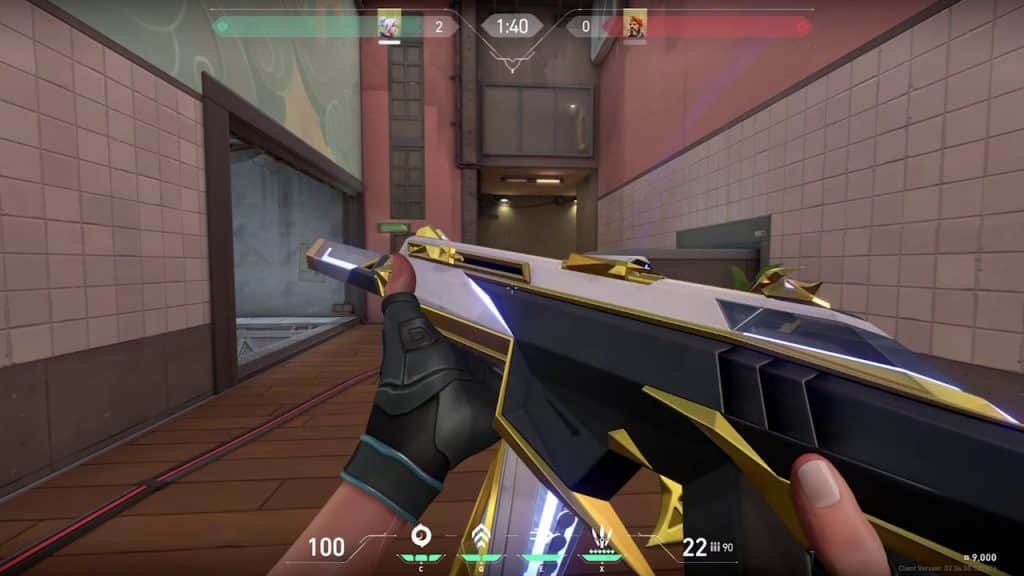 When using the Phantom the ideal position to take gun duels is being up close and personal. While it will be completely impossible to avoid long-range engagements try keeping them as low as possible.

For example, if defending A site on Bind, trying taking duels on A short or A baths where a Phantom would shine the most instead from heaven or back site where the lack of damage potential might leave you at a disadvantage.

Since taking long-range engagements with Phantom should you a minority, to make it into a close-range engagement you should always peak aggressively or rush to closes the gaps with your Phantom. This always makes sure that you will be in the optimal position to take duels and due to the aggression the enemies might not be ready to duel you giving you a big advantage.

While ADS gives you a better vision of the enemy at longer ranges, the cost of lower moment speed, higher recoil, and reduced Fire rate is not worth ADS-ing. When taking long-range duels, the Phantom aim without ADS is highly accurate can do the job just fine, or if possible skip the fight entirely and challenge them after you close in on them.

The Phantom has a unique differentiating quirk that makes it better than Vandal in a specific situation, its higher magazine size. This allows the Phantom to be exceptional at shredding enemies rushing you or spamming a certain choke point to prevent a push.

Strafe shooting is a mechanic not abused by many who use Phantom. The Phantom has a high bullet accuracy for the first 5 bullets when compared to Vandal’s first 4 bullets. This might not look like a bigger difference, but the extra bullet allows you to sustain a larger burst of accurate shots.

If you strafe shoot, you would start moving before the enemy can take their shot, making it seem that you are running gunning. Mastery of this tip is a must if you want to dominate with Phantom

Looking at the last tip, strafe shooting with Phantom is a strong mechanic which can allow a player to dominate if down with precision. With one mistake in the timing, the movement penalty kicks in leading to increased inaccuracy.

Another problem that players make is that they start to move while shooting if they miss their shots, avoid making this mistake and instead fall back reposition and rechallenge them for a higher chance of success.

8. Don’t Reload too much

While it might seem tempting to reload after firing a few shots, don’t reload and instead wait until the last 10 bullets. Reloading gives you a window where you are vulnerable to enemy fire without a chance to fight back and it also provides the enemy with an audio cue signaling your location to them.

Phantom has a suppressor on it which hides the bullet tracers from enemy vision. This ability of phantom allows it to safely spam through smokes and thin walls. The enemies are unable to discern your location when they see you spamming and have to either retreat or guess your location. And if they use a Vandal, it gives you an immediate advantage over them.

Finally, after going through the previous Phantoms tips, you must have a better understanding of the capabilities and the advantages it possesses over other weapons. Culminating all of them together and utilizing them with the abilities of agents like Pull ability, stun ability, Flashes, and CC ultimate will give you an edge over your opponents.

Check out these tips to get yourself in the right direction and dominate your opponents next time you play Valorant.