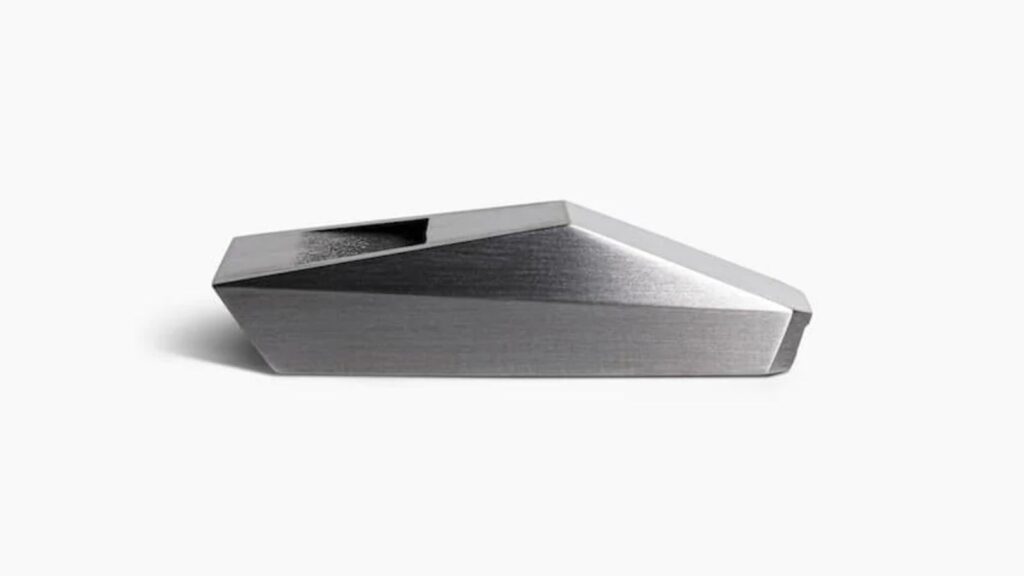 In an effort to add to the growing list of side items that Elon Musk has developed through his many businesses, the technology tycoon has now revealed the availability of a new Tesla Cyberwhistle for purchase. Despite the fact that it is a completely new product for the firm, it has already sold out, much like all of the other accessories promoted by Musk.

The Cyberwhistle, as the name indicates, takes inspiration from Tesla’s Cybertruck, the world’s first-ever all-electric pickup truck, which made its global premiere in November of this year and immediately grabbed the EV industry by storm. The Cybertruck’s clean-cut, angular design is carried over into the company’s limited-edition whistle, which has a perfectly comparable all-Silver finish across the whole piece. It is said on the company website that the “premium collectable” is constructed of medical-grade stainless steel, which is described as “premium.”

There is little question that the Cyberwhistle is intended to attract the attention of those around it. However, the reality of the matter is that it is, after all, a whistle and nothing more. This is especially difficult to accept given the price tag attached to it. The Tesla Cyberwhistle is available for purchase for a hefty $50, which is around Rs 3,750. An inexpensive plastic whistle, suitable for readers all over the world, maybe purchased in India for anywhere between Rs 1 and Rs 5 (about $0.067).

Consequently, Musk needs a strong marketing pillar to help him promote the Tesla Cyberwhistle to his and the company’s following. So, what exactly does he do? Musk follows in the footsteps of his predecessors and opts for the other insanely pricey product that has gained notice – the Apple Polishing Cloth.

Since its inception, the Apple Polishing Cloth has received a great deal of internet mockery due to its $19 (Rs 1900) price tag. Musk encouraged his Twitter followers not to purchase the “silly Apple Cloth” and instead to get the Tesla Cyberwhistle, which he described as “awesome.” We don’t believe Musk could have publicised the whistle in a more effective manner.

As seen by the consequences of the tweet, the Cyberwhistle is already out of stock within a day of being listed on Amazon.

The Apple Polishing Cloth had a similar spike in sales once it was listed for the first time on the official Apple website. Even though the product was ridiculed by the social media community, it was immediately out of stock once it was listed on eBay. Well, it appears that Apple is not the only corporation in the world capable of accomplishing this feat, even at exorbitant costs to the consumer. Musk has demonstrated that his brand worth is on par with, if not greater than, the brand value of the world’s largest technological company. And that the world has been overrun with spendthrifts.