According to a report by Reuters, the new crypto bill offers heavy penalties for anybody who breaks the standards established by the government. The measure is expected to be passed soon. The law was introduced during the winter session of Parliament, and the administration had previously said that it intended to prohibit the use of all cryptocurrencies. However, according to the article, the government is reportedly considering establishing a markets regulator to supervise cryptocurrencies as well as designating cryptocurrencies as financial instruments.

All cryptocurrency holders in India will be given a deadline by which they must register their holdings and comply with any new regulations. Although the phrase ‘cryptoassets’ is more likely to be used in the law than the term ‘cryptocurrencies,’ it is unlikely to allude to the central bank’s proposal to issue its own digital money. There will also be legislation that will allow those who break the law to be arrested without a warrant and imprisoned without bail.

It states that the Indian government intends to outlaw “any acts by any individual related to mining, creating, holding, selling (or) trading” in digital currencies as a “medium of exchange, store of value, and accounting unit” in accordance with the bill. A violation of the guidelines, according to the law, can result in a fine of up to 200 million rupees ($2.7 million) or a jail sentence of up to 1.5 years in prison. In order to protect small investors, the government may potentially consider establishing a minimum investment level for crypto assets in the future.

Currently, there is no official statement from the finance ministry on the subject matter.

“They will not be able to halt the worldwide march of cryptocurrency, and even if they attempt, they will fail miserably, and they may be compelled to change their decision in the short term. The government should not miss out on a market opportunity worth 1.1 trillion dollars simply because they want to make it appear that their centrally banked digital currency has a route out. I feel that both CBDC and cryptocurrencies can coexist in the same space “Hitesh Malviya, the creator of itsblockchain.com, spoke with the media agencies about the company.

The administration appears to be unsure about the direction cryptocurrencies may go in the future. It had first recommended a ban early this year in front of the Union Budget but then decided to reexamine the proposal. The Reserve Bank of India expressed an interest in developing its own digital money. Meanwhile, there was a significant increase in the number of cryptocurrency investors in the nation during this time period. Even though there are no official statistics available, industry estimates indicate that there are between 15 million and 20 million cryptocurrency investors in India.

Malviya feels that the government should be aware of the present scale of the cryptocurrency industry, as well as the number of people who are able to make a livelihood from their investment in cryptocurrencies.

According to him, “If they impose such rules, it would create a climate of fear, and it will result in a disastrous scenario among those residents who are totally reliant on the revenue generated by bitcoin trading and investments.”

The government may also take a tough stance on advertising that attempt to attract new investors. 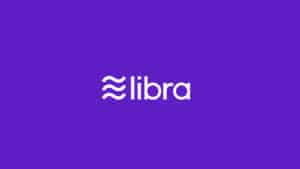