Grand Theft Auto; the best open-world game of all time developed by Rockstar. GTA San Andreas was initially released in the year 2004, even after 15+ years millions of players around the world play this part of GTA. GTA trilogy has been an ambitious adventure for players worldwide.

However, the reason why GTA San Andreas is the most alive game even after so many years are the game mods you can use in the game and have a lot of fun, and the game being so many years old it’s natural for players to turn their attention to modding.

So, here I have listed the best GTA SA mods you can try in 2022. The mods are just to have fun with the in-game experience. This mod can literally change the way every single weapon looks in San Andreas. It replaces all the basic models in the game. Whoever made this mod probably put in a lot of work, and it was definitely worth it.

I’m pretty sure you will love this mod, it makes everything feel like new in this game. MOD adds new sounds all transport, sirens, shouts of passers-by, explosions, sound when loading games, and much more. Check out this sound mod, it adds up so many sounds in the game that you won’t believe if it is San Andreas you playing.

If you want to enhance your experience in listening this is the option you can go for, it can change sounds of explosions, cop cars, car breaks, guns, and almost everything. 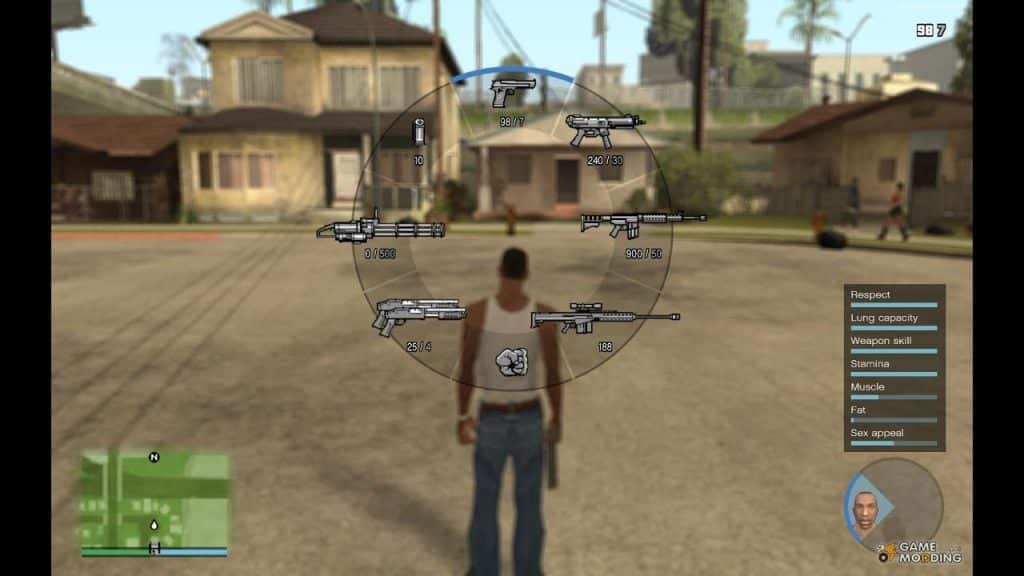 If you want to experience GTA 5 in the good old GTA San Andreas in the year 2022 this is the best mod you can use. This mod let’s you change the weapons like GTA 5 it uses the same HUD as well, as we know switching between weapons in San Andreas is a nightmare.

Thankfully, GTA 5 gives a modern touch to the game. The impressive part is that it adds up the radar system in San Andreas when you mark you destination on the map, the radar displays the closest path on your map. You can also locate a police car on the map. 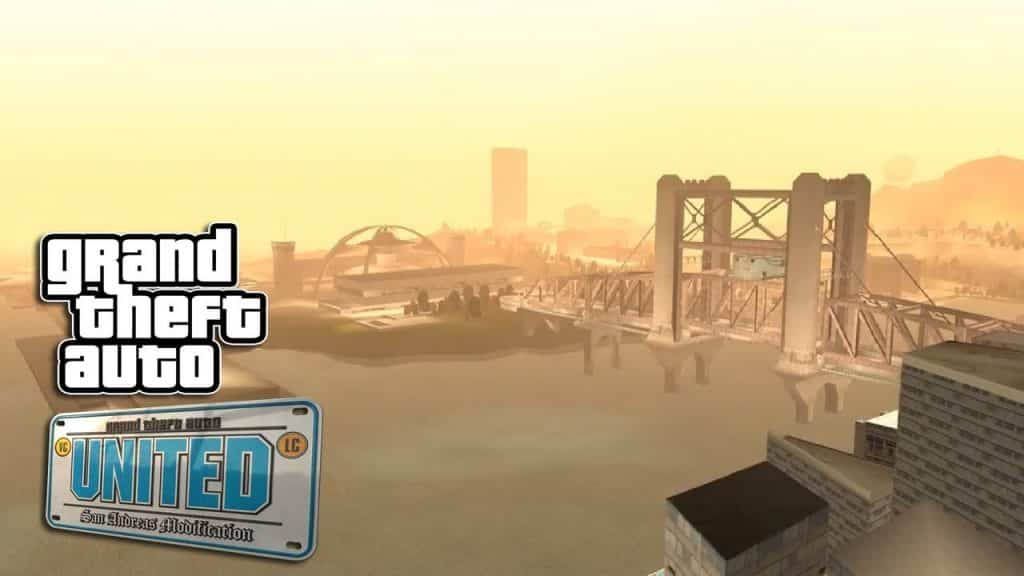 Did somebody say United? yes, you will absolutely love this San Andreas mod where both GTA Liberty City and GTA Vice City are beside San Andreas.

Apparently, this mod replaces the San Andreas map with Liberty City and Vice City. The most impressive part is that the mod adds new side missions in the game. In addition to that, you can find a lot of easter eggs after installing this mod.

In short, you will be able to play three games in one game. Which is awesome. After installing this mod, you can get a cheat menu on your screen. You have to select the cheats you want to use just by clicking them. In other words, you don’t need to write the cheats manually. This mod can be the best experience for car enthusiasts. It allows you to tune your car like no other mod in the community, even it is worthy of rivaling the tuning system in GTA 5.

Get yourself a new car like no other in the game after installing this mod. After installing this mod you will have more fun using RPG on hundreds of vehicles around the city. This is the best mod you can download if you want to experience high-quality gameplay in an old traditional San Andreas. Even though it changes and improves everything it is still suited for low-end computers.

These mods enhance tons of graphics but keep shadows to a very low level of quality. Everything with this mod looks great. but it doesn’t compromise memory usage. This mod allows CJ to perform acrobatic moves without getting interrupted in the air. The feeling of Assassin’s Creed in the GTA 17-year-old game. It allows you to perform around 60 tricks in the game including full twist, cork, handspring, and a lot more.

This mod spices things up in the game and it’s actually hilarious seeing CJ perform many of these moves. Who knows you can get motivated and try these in real life as well, but please do take precautions don’t hurt yourself. Do you love FPS games but you also want to play GTA? if yes, then this is the mod you can use to get that experience. In fact, we all want to experience the brilliant GTA San Andreas in first-person view.

Originally, the game is only available in third-person view. However, thanks to the people who are working on mods that can enhance the experience of the game, we will be able to play this game in First-Person view. I know the name itself is very imitating, this mod will take you from one corner to another corner of San Andreas. It will let you create portals as much as you want just like a Portal game.

It lets you have experience of other portal games with the essence of GTA San Andreas. In short, this mod is so cool! This mod takes up the first spot from the list. This is one of the most overpowered gun mods that I’ve ever seen for any Grand Theft Auto Trilogy. As the name itself says ‘Gravity Gun’ it lets you pull and throw people away from you.

The coolest part here is, you can literally pull anything using Gravity Gun, including Non-Playable Characters (NPCs), vehicles, and even traffic lights. Same goes in case of throwing them away, you can throw them anywhere you like.

If you’re looking to have some fun, this is the best mod you can try out there.

Also Read: GTA: The Trilogy Definitive Edition: Everything We Know So Far