The high energy usage in Kazakhstan, a country in Central Asia, has been ascribed to cryptocurrency mining operations, particularly in massive computer farms, according to reports. Kazakhstan is currently suffering electricity shortages, which can be attributed in part to the success of cryptocurrencies.

According to reports, Kazakhstan Electricity Grid Operating Company (KEGOC), the country’s electrical grid operator, has announced that they will begin rationing electricity for the country’s 50 registered miners after their usage reportedly resulted in three power plants being forced into emergency shutdown mode in October. Due to the shortages, Kazakhstan had to buy power from neighbouring Russia at a greater cost in order to cope with the situation.

According to projections from the local administration, demand for power has increased by 8 per cent so far in 2021, compared to the 1-2 per cent increase that has been common in the past. The primary cause of the current predicament is the unrestricted consumption of power by illicit mining operations.

The Mazhilis, or lower house of Kazakhstan’s parliament, has recently issued a statement in which Dyusenbay Turganov, a member of the Mazhilis, stated that “new regulatory requirements and criteria for the crypto mining industry must be adopted in order to streamline its operations while also developing a comprehensive ecosystem for digital assets.”

Starting in 2022, Kazakhstan will begin requiring genuine miners to pay a fee, both to aid in the differentiation of registered miners from illicit miners and to alleviate electricity shortages in the country. The nation intends to charge genuine miners 1 Kazakhstan tenge (about Rs. 0.17) for every kWh of electricity consumed.

The Chinese Vice Premier, Liu He, stated in May of this year that the country’s authorities should tighten regulations on the mining industry in order to preserve the financial system. He argued that Beijing should tighten down on bitcoin mining and trading behaviour and that it should work to avoid the transmission of “individual risks to the social sphere.”

The increase in demand for energy, according to authorities, might be attributed to China’s crackdown on cryptocurrency mining, which has driven mining companies to relocate their operations to other countries such as Kazakhstan, where power is comparatively affordable.

Just last week, we revealed that Google has issued a fresh study saying that rogue cryptocurrency miners were utilising compromised Google Cloud accounts to mine for bitcoin and other cryptocurrencies. In the past, we have also given you news about illegal huge mining rigs, so keep an eye out for more of this. Crypto mining, it appears, is here to stay, regardless of the ramifications for society. 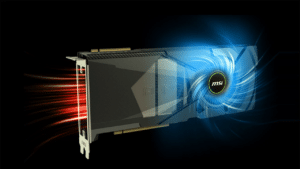