Google Messages now has improved interoperability with iMessage: whenever an iPhone user responds to a message with a reaction, those who own an Android device no longer receive a descriptive message, but instead receive the corresponding icon, exactly as it does on Apple’s official client.

It has never been simpler for iOS and Android users to communicate openly than it is now, thanks to the many messaging services available on both Android and iOS devices. The most difficult issue has always been the method in which messages are reacted to, which varies from the operating system to the operating system.

With all of the varied reactions accessible from iMessage, it is still unclear what Google Messages will do with all of the information. Some reactions are not consistent between the two messaging platforms, so it’s unclear how Google will manage replies that it does not provide on its own platform.

iMessage replies have been mapped to Google’s own emojis, as seen by the screenshots provided by 9to5Google. In this way, consumers will receive a message stream that is reasonably uniform no matter which mobile platform they use.

When receiving reactions from iOS devices, users of Google Messages would get a written description of the associated emoji character rather than the actual character. This has now been changed. The text “[User] adored [entire text message]” would be displayed on Google Messenger in response to an iMessage answer from a user who replied to a specific text with a heart emoji on the device’s messaging app.

The text-based method may cause difficulty, especially among Android users who are not used to iMessage replies and emojis. Moreover, it clogged up the conversation thread by repeatedly repeating text messages.

For Google Messages users, a symbol that says “translated from iPhone” will appear on their Android smartphones to help them understand where the reaction is coming from. Google had previously changed Messages to allow for the inclusion of reactions, but only if everyone engaged had Chat features turned on.

RCS (Rich Communication Service) functionalities are not available in the messaging and texting apps provided by carriers, which is vital information for Android users to understand. You must first go to the Google Play Store and download the beta version of the Messages application from there in order to use RCS on your Android phone.

Android smartphones that use the Messages app have been able to send emoji answers to one another for more than a year, but this is the first time that Google has attempted to map Apple’s response mechanism to its own system. 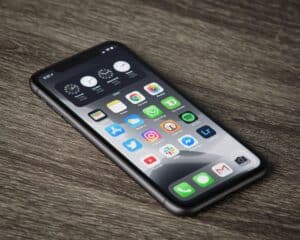