Users of Windows 11 who use AMD processors can breathe a sigh of relief. An update to Windows 11 has been released by Microsoft, which corrects the performance issues that were being experienced on many AMD Ryzen CPUs.

It was discovered by both Microsoft and AMD immediately after Windows 11 was released, with as many as two significant faults affecting users. Microsoft and AMD worked together to resolve the issues. Both businesses had said that a patch would be available shortly.

The Windows 11 Build 22000.282 update resolves the two problems that AMD Ryzen CPUs have been plagued with from the beginning of their development. The first one increased the latency of the L3 cache by thrice, resulting in performance drops of up to 15 percent in games that make extensive use of the system’s resources.

Secondly, there was a problem with threads being automatically switched to the fastest core when utilizing AMD’s preferred core technology, and Microsoft has now resolved that problem as well, permanently. Because of this problem, games that required the greatest amount of CPU power to operate were unable to do so. As a matter of fact, AMD has issued a new chipset driver to address this issue on its own.

Other enhancements and repairs are included in Microsoft’s update for Windows 11, which is available now. Several customers have complained that the Start menu would not appear after installing a video driver update, while others have claimed that input delays have occurred with certain Bluetooth-powered mice and keyboards.

An additional small group of users reported a problem where an interruption in the handling of specific processors led devices to become unresponsive, which was isolated to a small number of users. When the slideshow was activated on some Windows 11 PCs, the lock screen would become unresponsive. Microsoft has already resolved this issue.

There is a large list of issues that have been resolved as a result of the latest version from Microsoft. You may visit Microsoft’s website to see whether the company has addressed an issue that you may be experiencing on your AMD-powered Windows 11 computer. Keep in mind that the fixes are only being made available to Windows Insiders who are on the Beta and Release Preview channels.

Windows 11 was made available for free to Windows 10 PCs earlier this month, provided that they met the minimum system requirements for installation. The TPM 2.0 security module must be activated on your computer since this is the most significant and critical prerequisite for Windows 11 to function properly.

Because hundreds of PCs that are fully capable of running Windows 10 do not support TPM 2.0, Microsoft has ruled them out of contention for inclusion in the Windows 11 beta program. 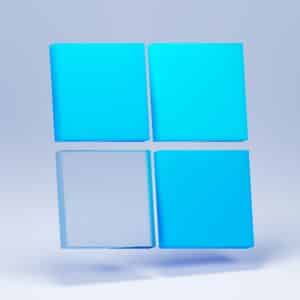