Now that the iPhone 13 has been out, speculation about the iPhone 14 has started to gain traction. Thanks to an early leak, we already know a few details about the next iPhone. The display will include a punch-hole design for the first time on an iPhone. Reportedly Apple is pressing ahead with plans for punch-hole screens on the iPhone 14 and is attempting to reach an agreement with LG Display for them, as per the latest rumour.

iPhone 14 Pro models are expected to see a dramatic new look next year, according to the Chinese newspaper Mydrivers. According to the source, the display would do away with the notch in favour of punch holes. The notch may or may not be on its way out, but I believe Apple’s decision to go with LG Display makes sense after all. Apple had to turn to Samsung, its main competitor, for the iPhone 13’s LTPO panels. A contract with LG Display, which no longer has a mobile phone business, is required to cut off Samsung Display.

You may see a render of the iPhone 14 below, which was created using information from early speculations. However, given this is an artist’s interpretation, you should proceed with caution.

A punch-hole design for the iPhone 14 is the consensus among the current speculations, and it stands to reason that this will be the case. This is due to the fact that the notch design used by Apple is now considered antiquated. The notch has remained the same since the iPhone X, although Apple has narrowed it on the iPhone 13 models. Because of the thinner notches on the current generation of iPhones, it is feasible that the future generation will be devoid of them. Apple’s competitors, on the other hand, are already doing well in this market.

The punch-hole design has been rumoured for the iPhone 14, but it’s still too early to jump to conclusions. Some of Apple’s previous products have turned out to be very different from what had been rumoured, so I’m hesitant to place too much faith in the iPhone 14 rumours at this time. Let’s wait for further details to come in before making any decisions. 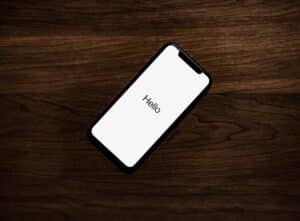 iPhone 14 Leaks: Next iPhone is expected to come with Wi-Fi 6E support

WhatsApp will discontinue services for these iPhone models 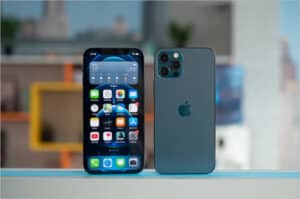 Apple Announced to Start Assembly of iPhones in India