There are numerous weapons to choose from in The Forest, and they come in a variety of kinds. Axes, melee, ranged, projectiles, and other forms of ammunition may be used as weapons. There are upgrades for your weapons that may modify the speed, damage, add fire damage, and more, in addition to different weapons.

Here are the 5 best melee weapons in ‘The Forest’: 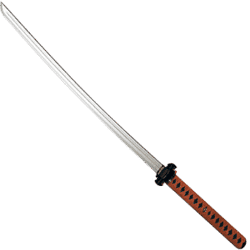 The Katana is one of the few weapons in The Forest with its unique backstory. It was formerly the home of a Yakuza member who seemed to have fared much worse than the majority of others who have crashed onto the peninsula.

From the minute you discover the Katana in The Forest, you know it’s something unique. The scenario is gruesome and seems true to the Yakuza’s bloody past in popular culture. The Katana is caught in the corpse of a Yakuza gang member who is lying in an uncomfortable posture on the cave floor.

It boasts a lightning-quick attack speed that some individuals find difficult to adjust to. And if you modify your reflexes to it, you won’t quite become Tom Cruise here, but you’ll be well on your way to becoming the fastest samurai in The Forest with this melee weapon.

Read, Minecraft: Top 10 Best Horses and How to Get them 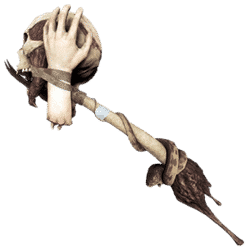 In terms of design and how to obtain it, the Club is one of The Forest’s most distinctive melee weapons. The Forest is well-suited to The Club’s design. A human skull with three sharp claw-like things protruding from the mouth and two hands wrapped around it is at the end. It’s also linked to a handle that’s wrapped in a snake.

The fact that the Club is in the hands of the peninsula’s most powerful cannibals gives you a sense of belonging. It’s as though the game is extending a warm welcome to you.
Don’t be hesitant to get your hands on this one. In terms of stats, the Club differs just slightly from the Crafted Club. It’s simply being brought up for the sake of being interesting. If you don’t want to play favorites, you can have both of them in your inventory. 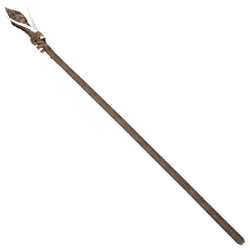 This is a better version of the Weak Spear. It has all of the same features as the original, but it performs better in nearly every regard. Using the Upgraded Spear as a throwing weapon produces the same consequences as using the Weak Spear. That’s because the majority of the benefits you get from this upgrade revolve around melee fighting.

One of the few weapons in The Forest that may be used to hit foes while running is the Upgraded Spear. It has the longest range of any melee weapon in the game and requires little stamina to use. As a result, it’s an excellent weapon for this approach. It moves quickly and consumes less stamina than other melee weapons in The Forest, especially when attacking the ground. It’s perfect for gathering leaves and sticks from shrubs and small trees. 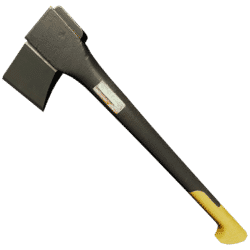 The Modern Axe is a weapon that you will rely on to stay alive throughout the game, and it lives up to its name. In The Forest, the Modern Axe is the uncontested champion of all axes. It outperforms the other axes in terms of speed, damage, and blocking.

You’ll save time, resources, and explosives by cutting down trees with the Modern Axe. A tree will be felled in no more than 9 strikes with this weapon. The Modern Axe is one of the greatest in battle, especially against cannibals, because it offers you considerable knockout power. This will make it much easier for you to kill them one by one.

It will not only become your closest buddy as soon as you have it, but you can constantly improve it. You can get it to deal up to three times the damage it presently does with the correct upgrade combo. The Modern Axe is one of The Forest’s most authentic weapons. It was modeled after a Fiskars splitting axe by Endnight Games. 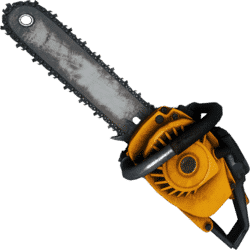 In The Forest, the Chainsaw is the most effective instrument for chopping down trees. It consumes no stamina and is far more effective than any other weapon.

The Chainsaw isn’t a very quick weapon for murdering cannibals, but it does the job. It will stun them often, preventing them from moving and avoiding your assault.