If you love to watch or play GTA V RP (Grand Theft V Roleplay), you must have heard about the NoPixel server. Developed by Koil, NoPixel is one of the best GTA RP servers where many popular RP players and content creators play regularly. However, despite being a popular RP server, NoPixel was shying away from launching its Indian server for a long time.

It seems like NoPixel now finally acknowledges the need for an Indian server, and that’s why it is finally launching its Indian server. India has one of the most active and fastest-growing audiences for GTA Roleplay. Excluding Indian RP players from enjoying NoPixel could be a missed opportunity because the player base is constantly increasing and getting to know the depth of roleplay.

There are many RP servers in India, but their management lacks the experience. Most of them are poorly coded and managed. Some of the servers like Legacy India and Subversion RP even got accused of copying the concepts and features of NoPixel to make most of the player base in the absence of NoPixel.

Bringing NoPixel to India can expand the reach and make it more popular among the Indian audience who have been hearing the tales of NoPixel RP for a very long time.

NoPixel India – Everything you need to know

The Indian division of NoPixel is being managed by Mr. Tao Teique. We reached out to him to bring the most authentic information for our readers. We asked most of the important questions that you may have in mind; But, if you still have any doubt, feel free to ask in the comment section below. Here’s all the important information you need to know about NoPixel India.

1. How do you think NoPixel India will help RP players in India?

2. Why do you think Indian RP Players deserve servers like NoPixel?

They deserve it because Indian RP Players have matured over time, and they deserve a platform to showcase their RP skills.

3. What are the main challenges for Indian NoPixel Management?

5. How can people Join NoPixel India?

6. Will NoPixel India be a whitelisted server?

7. Will it be FREE to play server? Whitelisted? or Both?

8. In terms of Roleplay will it follow the same rules of the NoPixel main server or there will be some more additions to it?

If you follow GTA RP streamers on Twitch, you know how much fun it is to watch them. Most of them play on NoPixel because of amazing mods, features, and RP community. We hope it plays out the same way in India as well. If you want more updates about NoPixel India, you can follow NoPixel India Twitter account 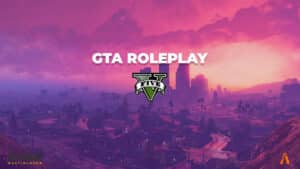 1 thought on “NoPixel India: How to Play in NoPixel’s India Server?”