Fitbit has begun to roll out the Sounds and Snore detection function, which utilizes the device’s microphone to “sample, measure, and gathers information about the noise in your environment” while the user is asleep.

This happens every few seconds, according to an internet article, with the wristwatch also recording other people’s snoring sounds. However, users must charge their batteries to 40% before going to bed, as this capability influences battery life.

If the Fitbit detects a sound that is greater than the baseline noise level, it will attempt to discriminate between snoring and other noises, but it will not be able to tell who is snoring. This implies that it will record a snoring sound in one room even if the snorer is not the device’s owner.

The Fitbit app’s Noise and Snore detection feature may be turned on by navigating to the Sleep page. Users should next go to the Check for Snoring card. By clicking on Learn more, Fitbit provides more information to users. You may also be interested in How to Download any GIF from Twitter?

Fitbit measures sound intensity by analyzing the noise level — calculating how loud or quiet someone is, as well as snoring episodes that it records if snore-specific noises are present, according to 9to5 Google. It asks for a final tick and approval once users have read how the functionality will work.

Users may view their data by heading to the Sleep area of the Fitbit app the next day and submitting a snoring report. Users may also turn off the function by navigating to the top right corner of their screen and pressing the last toggle.

The latest version of the Fitbit app has gotten an upgrade on Google Play Store, according to The Verge. It uses the device’s microphone to assist users to comprehend and hear “ambient sounds, including one’s possible snoring.”

Fitbit is recognized for including sleep features including daily Sleep Score, Sleep Stages, and SmartWake alarms in their fitness bands. Fitbit released new features for the Fitbit Sense and the Fitbit Versa 3 in June.

Google Assistant will now provide audio replies as a result of the latest upgrades. Aside from that, the oxygen saturation, or SpO2, will begin to display on the Today dashboard on the wrist, along with other vital statistics. Changes to the way users configure their app faces will also be included in the update. This feature will be available on the premium Fitbit smartwatches currently on the market. 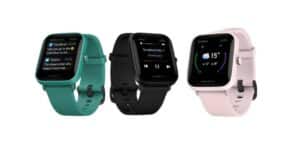 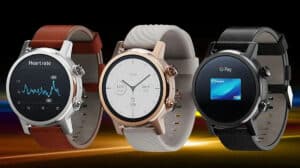