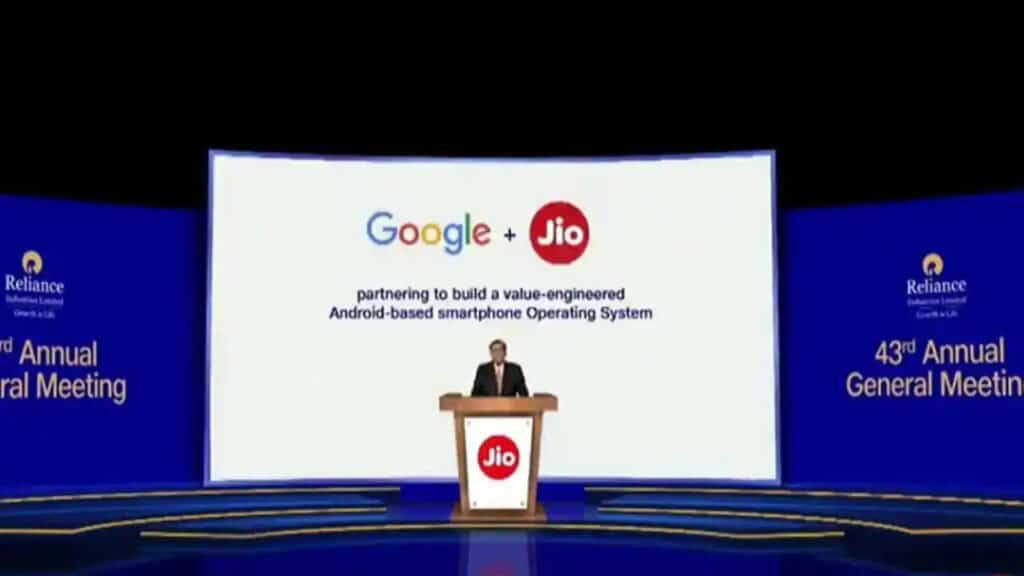 Pre-orders for the much-awaited JioPhone Next might begin as early as next week, according to India’s largest telecom provider Reliance Jio. According to reports, the telecommunications company is already in discussions with its retail partners in order to prepare for the pre-orders.

The JioPhone Next is the most recent phone to be released in the Jio phone range. JioPhone Next is a low-cost smartphone that was created in partnership with Reliance Jio and Google. It is available for purchase now.

Chairman of Reliance Industries – Mukesh Ambani revealed that the JioPhone Next is in the works during the 44th Reliance Industries Annual General Meeting event, which took place electronically on August 28. At the ceremony, it was revealed that the JioPhone Next will be available starting on September 10, the eve of Ganesh Chaturthi, and would be priced at Rs. 9,999.

The details of the JioPhone Next were not revealed during the company’s annual general meeting. It has been revealed that the smartphone would be powered by Qualcomm’s entry-level Snapdragon 215 quad-core CPU with a 1.3GHz clock speed, according to different sources.

Furthermore, the JioPhone Next is claimed to be offered in two distinct configurations: with 2 GB and 3 GB of RAM and internal storage capacities of 16 GB and 32 GB, respectively. Apart from that, the JioPhone Next is expected to come with an HD display with a resolution of 720×1,440 pixels and an integrated 2500 mAh battery.

The first smartphone to be provided by Jio is anticipated to include a 13-megapixel back camera and an 8-megapixel front-facing camera for selfies, according to reports. There is a pill-shaped camera module and an LED flash on the back panel of the Jiophone Next, which is made of polycarbonate.

In addition, the smartphone is said to include a 3.5mm audio port and would operate on the Android 11 operating system (Go Edition). Furthermore, at the press of a button, the user may switch the phone’s operating language from one to another.

The built-in Google Voice assistant will also be intelligent enough to keep you updated on the status of your phone’s balance through the MyJio application. In addition, the assistant may be instructed to play music via the Jio Saavn app.

Price to be Expected

While there is no official word on the cost of the new JioPhone Next smartphone from Jio and Google, many speculations and rumors suggest that the smartphone might be priced as low as Rs. 3,499, according to several sources.

Price may be consistent with the remarks made by Reliance Industries Chairman Mukesh Ambani during the 44th Annual General Meeting, in which he stated that the JioPhone Next will be the most inexpensive smartphone product in the country.