On April 20, Microsoft Xbox Cloud Gaming (xCloud) has publicly released on iOS and PCs. The service will be delivered to devices through browsers, which enables Ultimate Xbox Game Pass users to play Xbox games on iPhones, iPads, and PCs. However, Microsoft keeps this beta very small and requires players to take part in the test stage.

This service is available at www.xbox.com/play, where Xbox’s Game Pass Ultimate beta subscribers can use Edge, Chrome, or Safari browsers to play Xbox games. There are over 100 games and testers may use a compatible Bluetooth or USB control or only use tailored touch controls.

“We will constantly give players in all 22 supporting countries a few more invites, reviews, boost the experience, and extend support to more devices,” says Catherine Gluckstein, Microsoft’s Head of X-Cloud. “We will continue to provide our players with a few invitations. We expect to iterate fast to open up the ultimate members of Xbox Game Pass in the coming months so more fans can have the chance to enjoy Xbox differently.”

“The BETA is Limited to testing and learning; we will give more invite reviews to players in all 22 countries, review feedback, develop the experience and add support for more devices,” says xCloud Microsoft head -Catherine Gluckstein. “The intention in the coming months is to iterate fast and free to all Xbox Game Pass Ultimate members so that more people can enjoy the Xbox in all different ways.”

This is the first time that Xbox Game Streaming was released exclusively on Android phones and tablets on iOS platforms last year. Due to the Apple limitations on cloud gaming applications, Microsoft was unable to sell xCloud on iPhones or iPads during the initial service launching process in September.

Apple and Microsoft both entered a public speech fight against xCloud, and Apple argued at the beginning that Microsoft would make games for examination. Apple finally proposed a solution to enable cloud gaming applications to be running on iOS with separately tested games.

What is Microsoft’s XCloud?

Microsoft has its own platform for cloud gaming. It provides more than 200 Xbox One and Xbox Series X/S titles, known as xCloud Gaming, to be performed on Windows, Android, and iOS devices over data connections and is easy to get started.

Microsoft claims xCloud is one of the best cloud gaming systems in the world since the huge network of data centers worldwide is used by the company. This makes it possible, instead of around continents, to satisfy gaming demands locally and theoretically reducing latency by reducing the gap between the end-user and the data center. 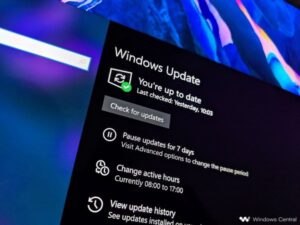 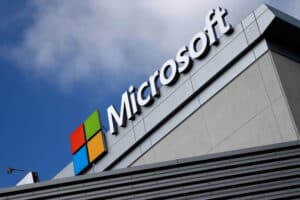 Microsoft employees need to be vaccinated for working at office