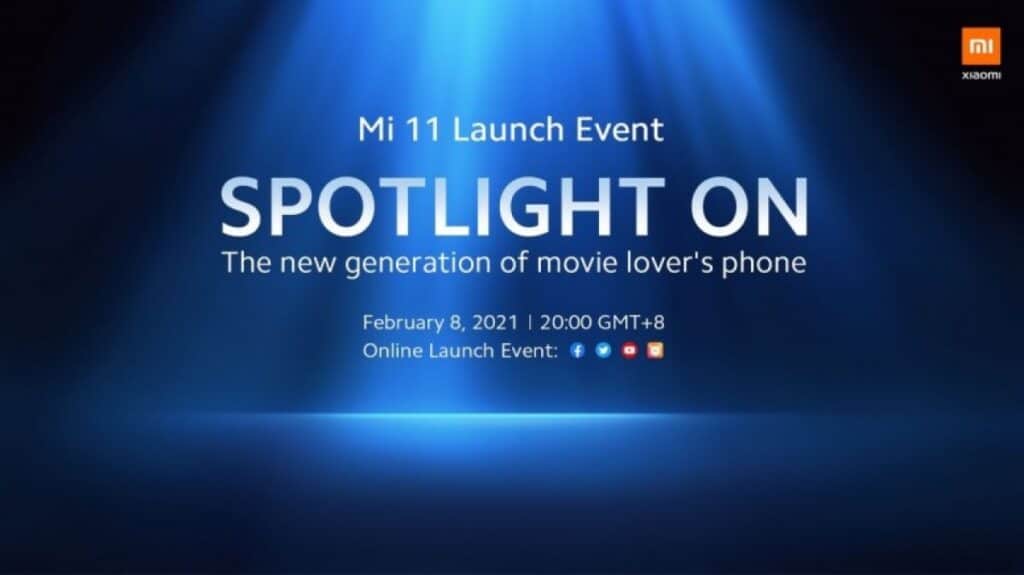 Xiaomi is set to launch its new Mi 11 model globally on February 8. Yet this news is not officially confirmed from Xiaomi. Also, the smartphone will get launched with the global announcement of the MIUI 12.5 update.

Xiaomi also posted an official poster of the live event, which will take place on February 12 at 12 PM UTC.

It has sensors like Fingerprint, accelerometer, gyro, proximity, and compass. It has a long-lasting Li-Po Battery of 4600 mAh (non-removable). According to the advertisement, it supports Fast Charging 55W, claims 100% charge in 45 minutes and supports reverse wireless charging 10W and Fast wireless charging 50W. It comes with Color variants like Black, White, Purple, Blue, and Cream.

Xiaomi Mi 11 has Three variants and the expected Pricing in India is listed below: