Fedora 28 Is Out And Developers Are In Love With It

Fedora, the love of many Linux enthusiasts just got an upgrade and brings a lot of new features. Fedora is not something a novice Linux user uses, if you are one, try out Ubuntu or Linux Mint as they are simpler and have a lot of resources to help you if you are stuck somewhere. But, if you are a serious Linux user, you would have tried Fedora at some point.

Fedora is a Linux distribution developed by the Fedora Project which is community-supported and sponsored by the Red Hat. The latest version of Fedora uses Linux Kernel 4.16.3. The latest Fedora28 comes in three different editions for a different use- cases: Fedora 28 Workstation, Fedora 28 Server, and Fedora 28 Atomic Host.

All the mentioned versions are basically built from a common set of base packages and then extended to serve different purposes. The new packages come with a lot of bug fixes and performance tweaks along with some new features. The latest Fedora28 base package comes with all the latest compilers including GNU Compiler Collection(GCC) 8,  Ruby 2.5 and Golang 1.10.

The latest Fedora version tries to solve a very common problem most programmers face. It brings the modular repository feature which lets the developer use alternative software versions rather than the default package. This means, if you are a Ruby developer, you can use different versions of Ruby in different projects and maintain a good workflow without needing to change much.

Fedora is making this possible with their new optional repository Modular or the “Application Stream” or AppStream in short. This software ships the software versions on independent life cycles. This helps in choosing the right version of the repository and still keep the operating system up-to-date.

This is done via a new optional repository Modular, aka the “Application Stream” or AppStream for short.

If you want to check  what programs are available,  run the following command in the terminal:

The latest version of Fedora comes with Virtualbox included, which is a very popular desktop virtual machine hypervisor built by Oracle. With this, Fedora 28 integrates and performs better with host operating systems when you run it on them as a Virtualbox guest VM. This results from Linux developers adding VirtualBox Guest Additions to the Linux kernel.

Besides Modular support, Fedora28 Server now includes support for the 64-bit ARM as a primary architecture. Always thought ARM would make a great server platform? Now you can find out.

Fedora Workstations has more than a pretty new face. After years, Fedora finally supports third-party software repositories, which include proprietary software. When you launch GNOME Software 3.28 for the first time, an alert bar asks about enabling third-party repositories. Selecting Enable gives you the following repositories:

You can, of course, ignore these and use only free and open-source software repositories. 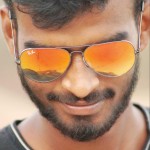 Siddhartha is a tech lover and a passionate programmer. He loves reading books, spending time with his friends and with his computer. 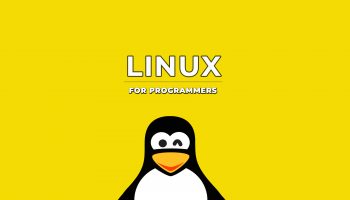 What is a VPN and How does it Work? An Introduction For Newbie