Learning programming language may be hard, confusing and time-consuming, that is why not everyone enjoys it, but it has a lot of benefits. In a world that predominantly invaded by computers, learning this could be your competitive edge among the others. Aside from the fact that it gives an ample amount of money (if you choose this to be your profession), it also teaches you valuable lessons in life that only risk takers would learn.

Nevertheless, everything will be hard at first but when you learn to adapt it, everything will fall smoothly. There have been many great programming languages in the past that proved to be a milestone for computer science. However, they are all dying slowly because many programmers have chosen not to learn them. Below are some of those great programming languages that nobody wants to learn today and why so.

First appeared in 1958, making it as the second-oldest high-level programming language, Lisp was originally created as a practical mathematical notation for computer programs which was influenced by the notation of Alonzo Church’s lambda calculus. It was designed by John McCarthy and developed by Steve Russell, Timothy P. Hart, and Mike Levin.

Lisp quickly became the favored programming language for artificial intelligence (AI) research and has changed since its early days as many dialects have existed over its history. As of today, the best known general-purpose Lisp dialects are Common Lisp and Scheme.  The Lisp programs can manipulate source code as a data structure. Thus, gives rise to the macro systems that allow programmers to create new syntax or new domain-specific languages embedded in Lisp.

A reason why programmers do not like Lisp is because of its expressiveness, meaning, more expressive the language, the more difficulty understanding and refactoring horrible code becomes.

Ruby is a dynamic, reflective, object-oriented, general-purpose programming language developed in the mid-1990s by Yukihiro “Matz” Matsumoto in Japan. According to Matsumoto, Ruby was influenced by Perl, Smalltalk, Eiffel, Ada, and Lisp. This supports multiple programming paradigms, including functional, object-oriented, and imperative and has a dynamic type system and automatic memory management. It was one of the most popular programming languages for web development during the mid-90s because of its framework Rails.

The Reason why programmers moved on from Ruby because Python, JAVA, and PHP became more demanding languages in the market because of their multi-purpose nature. 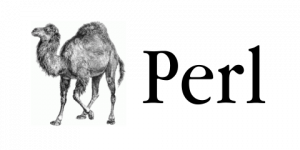 Perl is a high-level, general-purpose, interpreted, dynamic programming languages that include Perl 5 and Perl 6. It was developed and designed by Larry Wall and made its first appearance on December 18, 1987.

Pearl is a general-purpose Unix scripting language to make report processing easier that has gone through a lot of many changes and revisions. Both Pearl 5 and 6 continue to be developed independently by different development teams and liberally borrow ideas from one another and features from other programming languages like C, shell script (sh), AWK, and sed. It was once known as the “Web’s Most Promising Language”.

The rise of Python and R language caused the slow death of Perl programming.

Pascal is an imperative and procedural programming language, released in 1970. It was designed by Niklaus Wirth. Pascal is a small, efficient language intended to encourage good programming practices using structured programming and data structures. Pascal was developed on the pattern to the ALGOL 60 language. It was named after the French mathematician, philosopher, and physicist Blaise Pascal.

Pascal is a good base language to describe algorithms and data structures. It used to help many beginners understand the basic concept of programming in a very effective way. After the development of C and C++, Pascal started dying slowly and today, it’s one of the less known programming languages.

Fortran is a general-purpose, imperative programming language that is especially suited to numeric computation and scientific computing. It was originally developed by IBM in 1957 for scientific and engineering applications such as:

Fortran is a popular language for high-performance computing that is used for programs that benchmark the world’s fastest supercomputers.

These may be hard to learn but they are great programming languages ever existed in the field of Computer Science. As an evidence, some of the popular programming languages are patterned with these five however, you need extra effort in learning this effectively. Also, since not everyone likes to learn these languages, you may get a better chance for some rare jobs in the IT industry.