The internet.org is a campaign made through the partnership of the global social networking company Facebook and seven other companies including Ericsson, Samsung, Microsoft, MediaTek, Reliance, Opera Software and Qualcomm. It aims to provide quality and affordable access to hand-picked internet services to a building list of different less developed countries. This project helps people around the world in enjoying free mobile access to a number of internet services. However, it is currently facing different defections and criticisms over the assumed violations of the principles of net neutrality.

Net neutrality refers to the principle that the government and internet service providers should care for all data online equally; meaning to say that there would be different charges and discriminating content, user, platform, site, type of the attached machine, application or even the possible mode of the communication. This principle is what allegedly violated by internet.org project of Facebook and the other mentioned companies. However, the question is, is internet.org violating net neutrality?

The answer could be yes and no. Yes, because it could only let people access on selected websites including Facebook and no, because the project is not yet big and not all websites are interested to participate in the project and give people the chance to access their website for free. But, for better understanding, there are more points that need to be cleared.

The internet.org produces a mobile application in different parts of Latin America, Africa and Asia together with the actions of other cellular carriers that make it possible for them to have free access on a number of sites including Facebook, the Messenger, AccuWeather, Wikipedia, Bing Search, BBC News, ESPN, and some other websites that has been selected by the social networking company.

That is the main reason why it has been criticized to violate the principles of net neutrality. Many claimed that internet.org is favoring the services offered by Facebook over the others websites which clearly shows inequality on the use of the free access they are sharing.

Here’s the set up of the project: People who does not have access on the internet would be offered services of internet.org, making them believe that they are actually online and browsing websites, when only they can access Facebook and some other websites that has been chosen by the company. It totally proves that there is something suspicious behind the act of so – called free access.

Zuckerburg Defending the Use of Internet.org

Despite of the number of criticism and disapproval, Mark Zuckerburg, the CEO of Facebook, had stepped out and talked about the use of the internet.org. According to the recent news, Mark Zuckerburg, noted that offering free services with the use of internet.org is better than letting people not have an access with any website on the internet. He stated that the main use of the website is to let people have a glimpse of the real world of technology and they are going to make that possible.

He also mentioned that they are supporting net neutrality, and takes it as one of their principles in providing the best service and improving their partnerships with more websites in order to let more people have access to those and freely search the internet.

Many more criticisms had surfaced in the internet. Is internet.org made to promote Facebook or to really let more people have access online just like what they claim? We all know that Facebook is one of the biggest and most popular social networking sites that is being used by millions of people around the world right now. If you will take a look on the goal of the company, they would like people to stay connected wherever they are across the globe, reaching out to the most remote areas.

Going back to the goal of the internet.org, it totally aims to let people access the internet, specifically have the chance to make use of Facebook and stay connected to other people in the world. If one should see both of the points given, they would conclude that internet.org is just one way of Facebook to let more people use the site rather than letting them have full free access in the internet. This is just part of their promotions and plans in reaching the goal of Facebook. 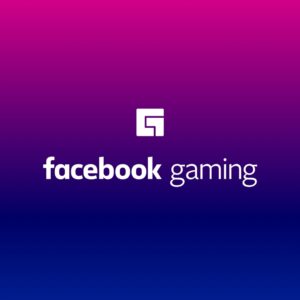