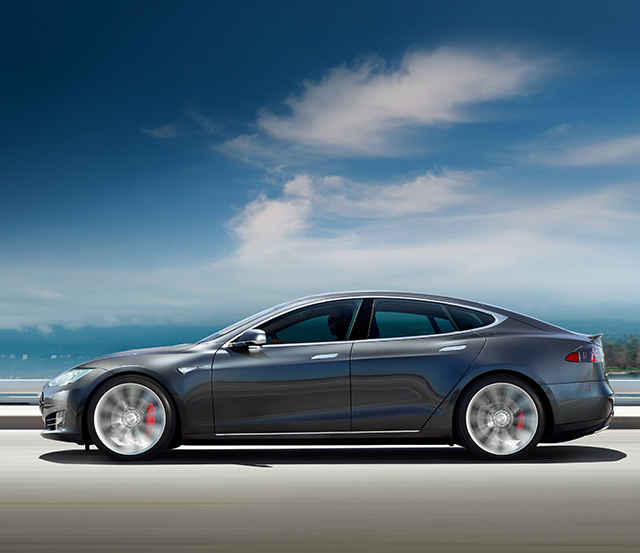 Tesla has yet again provided a fanatstic upgrade to it’s A- grade sedans. Now the car comes loaded with a warning signal that alerts you if you are going critical on your fuel. It will provided the drivers with necessary details as to not wander off boundaries of a charging station if the car cries critical low status.

Tesla Model  S sedan made quite a buzz when it first hit the market. Elon Musk the CEO of Tesla Motors personally briefed the media regarding the new update and at the same time assured that this upgrade will eliminate the range anxiety (the feeling that your electric car will run out of power).

Tesla made an ambiguous Tweet stating that the company is aiming to release the update for is S models sedan later this month. The updated software version  6.2 is an additional aid for its electric cars enabling drivers to avoid any difficult situation when they get stranded because there electric car has run out of fuel. Though the software update does not enhance the range of the vehicle but it will clearly state the status of the car’s charge so that the driver is at peace of mind and ensured that his car has enough juice to take him through a ride.

The update feature dubbed as The Range Assurance feature constantly monitors your location with respect to a Tesla charging station. Through this monitoring the car system will alert you to stop moving further away from the station reach as the car might run out of charge. This system eliminates the assiduity in case of those cars whose chargers have lived their life and are providing less than the required output power.

This system makes it impossible for a driver to run out of charge until and unless one intentionally aims to do so. According to Musk the Model  S sedan is designed to be a mirror image of computer intellect moving on wheels. Musk has a completely different ideology regarding Tesla.  In his vision the Tesla is indeed a hardware company but he also considers it to be a Silicon Valley Company.