The first computer ever was a very primitive prototype which occupied a large space and provided minimal functionality. Back in the 19th century the term computer first surfaced by Charles Babbage, It was designed to aid navigational calculations had virtual no external memory support. Later the first digital computer ENIAC one, introduced memory concept to the world. It has memory of only a few bytes. Since then this trend has increased. The first external hard drives literally occupied a whole room and then the factor of compactness started affecting. Now the requirement is to have a large amount of storage space available in a drive which itself occupies less space. But recently a milestone has been achieved in this context. Scientists have been successful in their attempts to store data on a single molecule.

This accomplishment has been made by a team of international researches who have integrated flash memory on a single molecule. To say, a single molecule, is a little bit of exaggeration. The whole concept is based on three molecules. Surprisingly the storage is based on the electrons, the other two molecules hole precisely these electrons. These two molecules reside inside a metal oxide molecular cage which is just a nanometer wide in dimension. The metal used in this experiment is tungsten from which the metal cage was made and the selenium trioxide molecules are used for holding the storage space electrons. 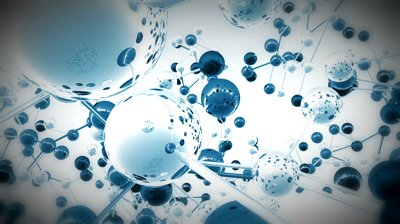 This technology is not going to appear in the market anytime soon. At the current moment, this research is just a prototype and has many improvements to come. Currently its practical applications are seeming a bit far- fetched. The second major factor to be kept in mind was its volatility. It is very important to ensure for how long this technique will be able to store data in the molecules. The researchers observed that the data could be stored for 336 hours successfully. But it did not last longer than that. The memory drives now able in the market not only ensure durability and security but they also provide standard data transfer rates. If this technology ever hits the market, It will have to improvise upon it data transfer functionality. Researchers say they can theoretically bring those speeds down to picoseconds or less.

The basic logic behind this technology is that when the two electron are removed from the structure, selenium trioxide molecule forms a bond with them. This in turn, creates a single molecule of Se2O6. In this process the charges are exchanged with the metal oxide cage. The molecule, this formed is stable up to very high temperature of about 600 degrees Celsius. This implies that it can be used with a variety of processing methods. To check the working of this setup the researchers coated a wire with a single layer of the caged molecules. They were able to conclude from the experiment that the resulting device could be injected with charges by applying a large negative voltage. If a smaller voltage is applied the presence of electrons could be read out. And with the application of large positive voltage the device will set to its original state.