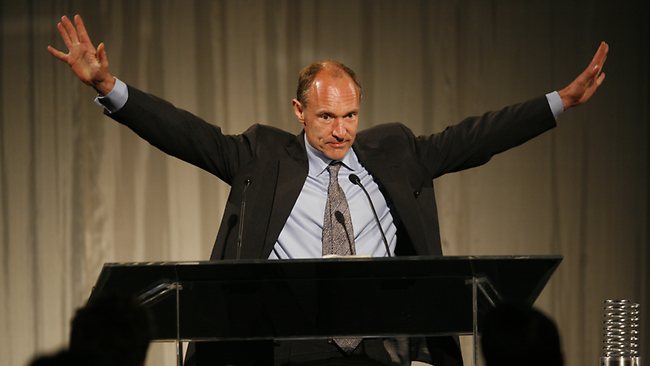 The inventor of the Internet, the British computer scientist  Tim Berners-Lee, has warned the world that the government and corporate interests are threatening the freedom of the World Wide Web.

He wants a worldwide bill of rights that would secure the user’s privacy and the freedom on the internet.

According to AFP, on Saturday,  at Web We Want festival in London  Tim Berners-Lee said that:

“If a company can control your access to the internet, if they can control which websites you go to, then they have tremendous control over your life,”

He explained, adding further that if governments can block the opposition’s political pages, then they could control user’s access and only give “a blinkered view of reality to keep themselves in power.”

Concerns over internet privacy and freedom have been  after revelations to the extent of governmental interference were made by Edward Snowden’s NSA cache to Wikileaks.

It’s all started after Edward Snowden’s NSA cache to Wikileaks which has widespread the concern over internet freedom and privacy.

Those leaked document shown that how major internet websites like Google, Yahoo, Facebook and other website’s data are being tracked by the governments.

Tim Berners-Lee advises a Magna Carta like basic charter that outlines the basic freedoms and rights of every internet user.

“There have been lots of times that it has been abused, so now the Magna Carta is about saying…I want a web where I’m not spied on, where there’s no censo

On issues like child pornography, fraud and terrorism on the internet Berners-Lee maintains that such issues were illegal before the web and should remain after it. But the internet should also reflect humanity’s “ghastly” side.