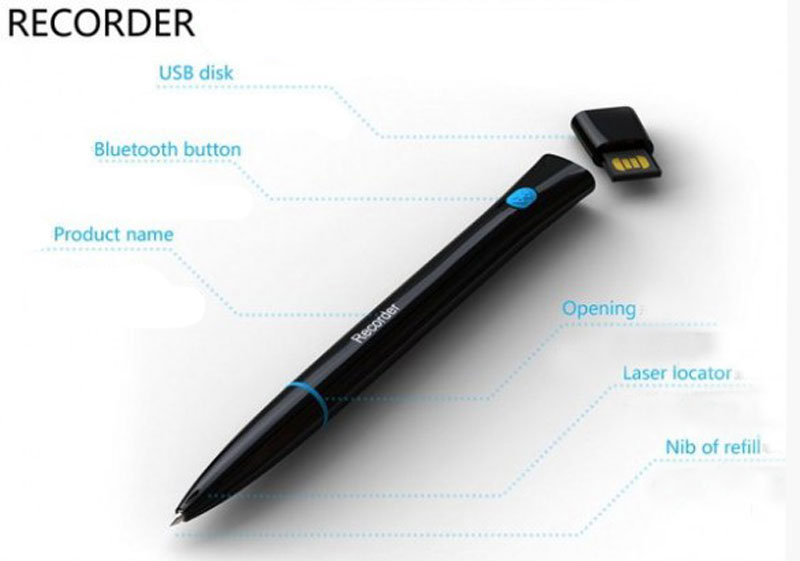 Today, almost every work is done with the help or assistance of modern gadgets. In this modern era, gadgets are a boon for our new generation. We have found a gadget to do almost all the tasks of daily life. Hand operated stone grinders have been replaced by advanced mixing machines, horse driven carts have evolved into automobiles. Even a small device like quill have been replaced by pens. But technology does not stops at this, it ventures more into all the existing gadgets to make them better, more efficient and versatile. Pen Recorder is a device used to convert written text into a digital text. It is one of its kind as it remembers what we write and then help us take it into a hardware as a digitally written material. It sends the text to a Computer/ Laptop with the help of BLUETOOTH. Its appearance is just like a pen and is very easy to carry. It is useful at times when you want to save your written material as a soft copy. It comprises of the following components, namely, 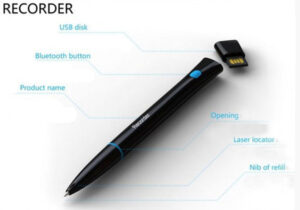 The USB DISK stores the data recorded by the pen and can be used to transfer data to computers manually without the use of Bluetooth.

BLUETOOTH BUTTON enables you to switch on or switch off the Bluetooth of the pen. When the Bluetooth is switched on, it can be recognized by a nearby Bluetooth peer. Once detected you can transfer data from the pen to the hardware and delete it from the pen using USB DISK.

LASER LOCATOR is the main component of the pen as it smartly locates the words written on a piece of paper and encodes them in digital form. It locates the boundaries of the letters and senses the letters. The only requirement for detection is that the written material must be very clear and the words should be differentiable from each other.

Such pens have already been there in the market which were manufactured by an England based company under the name “Smart Pen” but has a lot of drawbacks. But if this pen recorder arrives in the market, it would be first of its kind to have Bluetooth inscribed in it.

The refill of the pen can be changed by the opening provided above the nib section which can be twisted to open and thus the refill could be changed. The main drawback of this pen is that the data sent from it cannot be seen in the hardware that are not compatible with the software of the pen. Also the price and the storage capacity of the pen are issues still under consideration. The developers have also not given any idea about the battery backup of this pen but it has been assured that it would be very satisfactory.

Once this recorder pen comes in the market it can create a huge sensation in the field of SMART PENS.