The Lumia 638 is basically the China Unicom 4G version of the Lumia 630 while the Lumia 636 is the China Mobile version of the 630. Both phones have a 4.5-inch 854 x 480 display screen and run on the quad-core Snapdragon 400 with the clock of 1.2GHz. They have 1GB of RAM and 8GB of internal memory space, at most, supports a 128 GB micro SD expandable card, and comes with a 5MP back camera. Backed up by a 1830mAh battery, they are loaded with the latest WP 8.1 operating system.

Both cost ₹12,500(1299 RMB) approx. The market coming coming of China Mobile supported 4G Lumia 638 will arrive in stores on June 21. Meanwhile, the Lumia 636 is expected to GOME’s exclusive stores on July 5. Based on reports by the Ministry of Industry and Information Technology, the Lumia 638 will support only a single SIM card. Previously, posters only showed that it was “dual.” This means that “dual” refers to the 638 using the SGLTE solution which supports 4G voice messaging, not a dual-SIM card. This is currently one of China Mobile’s most mainstream 4G voice messaging solutions. 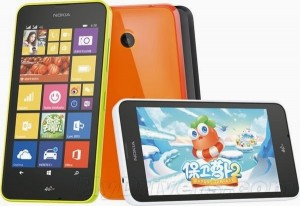 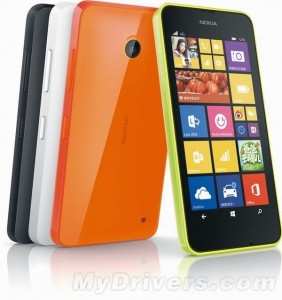