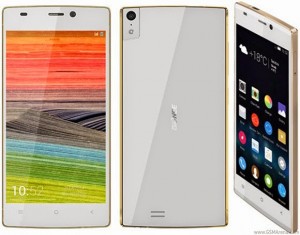 Readers! You might be knowing about the Gionee’s remarkable Smartphone Elife S5.5L? Well, here’s a good news for the lovers.
Gionee is going to replace the MT6592 with the Snapdragon 400 (MSM8928 quad-core/A7 1.6G) as the new processor for the ELIFE S5.5L. Maybe this is going to happen because the company needs to wait till July end for the shipping of MediaTek processors.

As the company is replacing the processors in nrew manufacturs, other changes are also in loose suggestions for this new 4G edition. The camera won’t be sticking out anymore, instead, the S5.5L’s thickness increased from 5.55mm to 5.75mm! Also, the battery is increased to 2450mAH!

As per news, Gionee ELIFE S5.5L will be available in market from July, and is expected to remain constant in terms of price(Original Octa-core Edition).