As per reports from China white-box suppliers, Intel and MediaTek 3G and LTE-enabled models are to be adopted into their application processor (AP) and they are the ‘most trusted choice upto now in China market’ .Plus, subsidies from Intel for tablet products and also MediaTek’s reasonable pricing has made them one of the top in tablet industry.

Years ago, Allwinner Technology and Rockchip were one of the favorites among the manufacturers for their low-cost solutions chipmaker. As days passed by, 3G and LTE tablets demand were rising in the market. Manufacturers begin to pick another way for producing lower cost tablets based on the sources.

Meanwhile, Intel is announcing their latest product, dual-core Atom Z2520, for a model with 7-inch sizes and Atom 3735G for bigger 8-inch models.
For the starting price, 7-inch Intel tablet is said to be around US$20 while for 7.85-inch would cost around US$27. Plus, the addition of LTE module, 7-inch models Intel tablet based on white box currently came up with ex-factory price around US$50 after raise by US$20 with the addition of LTE module highlighted by the sources.
Surprisingly, tablet 3G white-box uses the same MediaTek’s solution which also came with ex-factory price about US$39.90.
Turning up the heat, Rockchip, Amlogic and Allwinner are also announcing their latest product. Days before, Rockchip had announce their new quad-core RK3288 that support LTE devices and wearable. In the meantime, Amlogic were primarily set its M8 series as their goal as their new release, M802, that could support display with Ultra HD. Last but not least, Allwinner is competing by producing their Octa-core A80 chip exclusively made for their customer(who pre-ordered them). 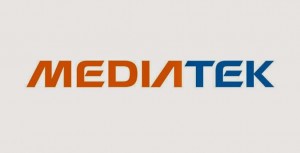