American engineers are making more new manned spacecraft than at any other time in history. Here i am listing 7 vehicles that will change how we work and play in space. Space is defined by a somewhat arbitrary number—climb above an altitude of 62 miles, the so-called Kármán Line, and an aircraft becomes a spacecraft. There the atmosphere is so thin that, for most scientific purposes, it’s a vacuum. Because a so-called suborbital space flight to this altitude requires much less energy than an orbital launch—about one twenty-fifth as much—many private space companies are devising ways to get science experiments and wealthy tourists there.

XCOR Aerospace of Mojave, Calif., believes it can offer the cheapest trip. It is already selling $95,000 tickets on a 30-foot space plane called the Lynx. “You’re sitting in the cockpit,” says XCOR chief operating officer Andrew Nelson, turning the spacecraft’s small size and two-passenger maximum into selling points. “It’s going to be a real astronaut experience.” Unlike capsules and other space planes, the Lynx does not need to ride another rocket to get into space. Instead, the Lynx will fire its four custom-made kerosene and liquid-oxygen rocket engines to take off horizontally from a runway, as a plane does, and then climb steeply on its way to space. The first test flight may take place within months. 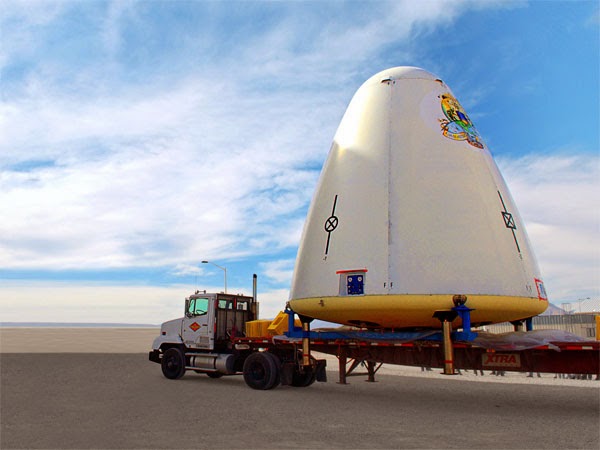 Visionary billionaire Jeff Bezos, the 49-year-old founder of Amazon.com, has spent more than a decade on a secret project to conquer space. Bezos poured millions of his $25 billion fortune into a venture called Blue Origin, operating out of an experimental launch site he created (with FAA approval) in a remote corner of West Texas. In 2011 the company released footage of a lozenge-shaped preliminary test vehicle, New Shepard, taking off vertically, hovering at an altitude of 548 feet, and then setting gently down. A booster with the ability to land under its own rocket power after separating from a capsule would trim the high cost of retrieving it from the ocean after a splashdown.

Internet entrepreneur Jeff Bezos kept the existence of his spaceflight company a secret for three years after he founded it in 2000. The company flies experimental vehicles, such as this flight-test capsule, at its private West Texas spaceport. 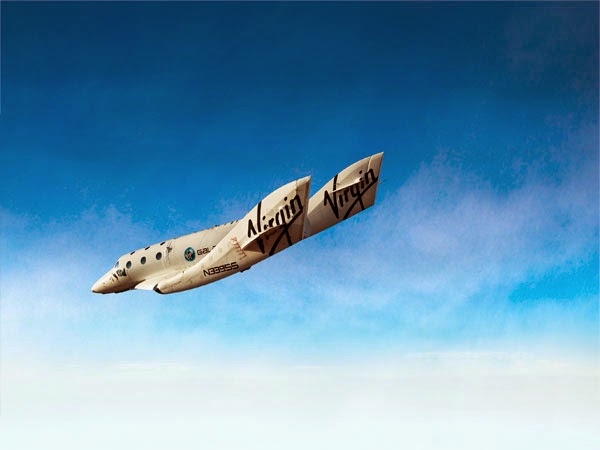 The golden age of aviation between World Wars I and II, radical airplane design was inspired by high-dollar challenges. In 1927 Charles Lindbergh crossed the Atlantic to win the $25,000 Orteig Prize. The modern equivalent, the Ansari X Prize, helped create what will likely become the first operating space tourism venture, Virgin Galactic. In 2004 a single-seat craft called SpaceShipOne launched from an airplane, breached the Kármán Line, repeated the feat within two weeks, and won the $10 million prize.

The hardware, built by famed designer Burt Rutan in collaboration with Virgin Group mogul Richard Branson, laid the groundwork for a business to take customers along for the ride. The new version will carry up to six tourists and two pilots on a two-part journey to space. First the 60-foot-long, 140-foot-wingspan craft’s mothership, WhiteKnightTwo, will haul SpaceShipTwo to an altitude of 50,000 feet. Then the rocket ship will detach, fire its engine, and zoom spaceward. At an altitude of 68 miles, the curvature of the Earth and the serene glow of the atmosphere will be visible against the blackness of the cosmos.

The $250,000 ticket will grant riders only about 4 minutes of weightlessness. More than 600 customers, including Justin Bieber, Ashton Kutcher, and Leonardo DiCaprio, have signed up for the trip. “I believe over the next few decades, we will take hundreds of thousands of people to space,” Branson tells PM via email. “My vision for Virgin Galactic is to make affordable manned access to space a reality.” 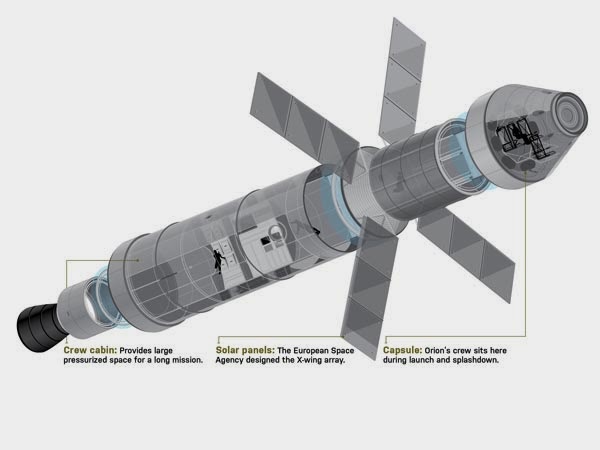 NASA is outsourcing trips to Earth’s orbit, but the agency still has eyes on deep space and plans to use the Orion Multi-Purpose Crew Vehicle to get there. Orion will consist of a capsule mated to a module that provides propulsion and pressurized living quarters. The capsule’s first test flight will take place in 2014: It will be carried into space on a 235-foot Delta IV rocket, reenter the atmosphere, and splash down in the Pacific.

Orion may get a new ride for its actual missions. Work is under way at NASA facilities in Huntsville, Ala., on the Space Launch System, a 321-foot-tall rocket. Such a heavy lifter will come in handy when (or if) NASA astronauts head to the moon, an asteroid, or beyond. “More and more,” says Dan Dumbacher, director of NASA’s Exploration Systems Development office, “we’re talking about Mars as our ultimate goal.” The vision may be too ambitious, critics say. The launch system is so huge that NASA envisages using it only every two years, at $6 billion a pop.

BOOTS ON AN ASTEROID

NASA is considering sending astronauts in an Orion spacecraft to the surface of a near-Earth asteroid in 2025. The journey to asteroid 1999 AO10 described here would take five months. 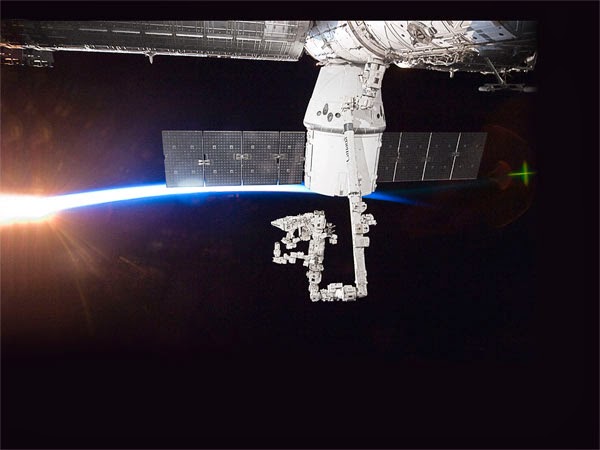 Skeptics heaped doubt on Elon Musk in 2002 when he founded Space Exploration Technologies, or SpaceX. But by 2010 his scrappy startup became the first to replicate what only government had achieved when an unmanned Dragon capsule rode a Falcon 9 rocket into orbit, then descended via parachute, and was recovered from the Pacific. The next step on Musk’s conquest of space: upgrading the reusable Dragon into a human-rated craft called DragonRider that can carry crew to the ISS. Using innovative design and operations, SpaceX says human flight will cost only $20 million per seat; the U.S. currently pays about $63 million per passenger on the Russian Soyuz. It takes an iconoclastic billionaire to form a spaceflight company. “The demand for human space transportation is uncertain and the penalties for failure are immense,” says Scott Pace, director of George Washington University’s Space Policy Institute.

A Dragon capsule (above) attached to the International Space Station in 2012. The station’s arm stands by to grip the capsule when it detaches for a return trip to Earth.

Engineers are transforming the unmanned Dragon capsule into the DragonRider spacecraft. 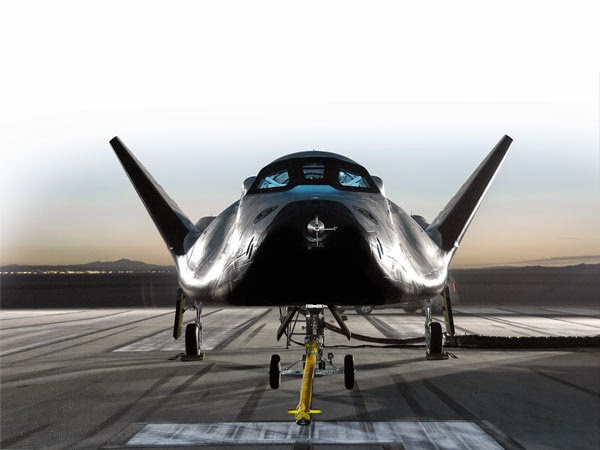 Space planes have advantages. Instead of passively plummeting through the atmosphere like a capsule, they can maneuver, change their landing destination midflight, and be reused after a short turnaround. But two U.S. space shuttle disasters suggest that space planes are not ideal for orbital missions. By carrying cargo and crew in the same vehicle, the shuttle required that everything be carried aloft on expensive, human-rated equipment. Also, tacking the shuttle alongside its boosters and fuel tank allowed for the kind of debris strike that doomed Columbia. But Sierra Nevada Space Systems is betting it can redeem the reputation of the orbital space plane with the Dream Chaser, a winged crew-delivery vehicle that’s competing for NASA contracts to deliver people to the ISS. Dream Chaser will avoid the shuttle’s main flaws by carrying crew separately from cargo and by launching atop an Atlas V rocket. But it will retain its advantages, including a maximum deceleration on reentry of only 2 g’s—1 g less than what a capsule experiences.

The spacecraft also has flexibility as to where it can land. “Anywhere a 737 can land, Dream Chaser can too,” says Mark Sirangelo, vice president of Sierra Nevada. Suborbital test flights are slated for 2015, with launches to orbit two years later.

Up to seven passengers can ride Dream Chaser into space. The spacecraft hitches into orbit on the tip of a rocket, detaches, and is designed to back in to the docking station of the space station. Dream Chaser has not yet flown, but engineers towed the craft for runway evaluations and dropped it from helicopters for glide tests. The red-brown martian landscape slowly rolls beneath the cupola windows as you peer down. Then you turn and look at the woman floating next to you. You and your wife are on the most far-out honeymoon of all time. This is the vision of the Inspiration Mars Foundation, headed by former NASA engineer, investment guru, and pioneering space tourist Dennis Tito. (In 2001 he spent around $20 million for eight days aboard the ISS.) Tito’s group aims to take advantage of a planetary alignment in 2018 that occurs every 15 years.

It will allow a spacecraft to travel from Earth to Mars and back on a free-return trajectory—that is, without burning any propellant. Inspiration Mars will start accepting applications next year for a 501-day mission that will swing within 100 miles of the Martian surface. The group is planning to select a married couple, perhaps newlyweds, in the interest of psychological compatibility. “Inspiration Mars estimates it needs to raise $1 billion to $2 billion. We’re laying the groundwork to do things that were once considered inconceivable, like go to other planets,” says Teal Group’s Marco Caceres.

If circling Mars doesn’t sound sufficiently ambitious, consider Mars One, a Dutch nonprofit that aims to land four volunteers on Mars in 2023—and leave them there. As part of the proposed $6 billion program, Mars One will dispatch robotic missions to pave the way, the first departing in 2016. So far, 200,000 applicants have signed up for the 2023 trip. Would-be colonists from more than 140 countries registered; Americans make up the biggest contingent, at 24 percent.