Panasonic has officially launched the ‘P31’ mid-range smartphone yesterday which will be available from  the last week of March for Rs 11,990.

The Panasonic P31 sports a 5-inch FWVGA (480×854 pixel) display with ‘ultra oleophobic’ coating. The device is powered by a 1.3GHz quad-core processor coupled with 1GB of RAM. There’s 4GB of internal storage, which can be expanded via microSD card. Talking about the camera front, it has an 8-megapixel rear camera with LED flash support, along with a VGA front-facing camera. The rear camera is also capable of recording full-HD (1080p) videos.

Connectivity options in thephone include 3G, FM radio, A-GPS, Wi-Fi 802.11 b/g/n, Wi-Fi Hotspot and Bluetooth 4.0. The P31houses a 2,000mAh battery, which claims to give up to 9 hours of talktime on 3G and up to 600hours of standby time. The Panasonic P31 will be available in Bluish Black and Pure White colour variants. 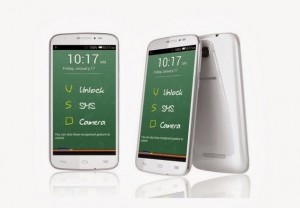