Faea have not released any new product since last year after the Faea F2s, maybe they focus on the new 4G LTE phone. Before the new 4G LTE phone, a new device picture is leaked from official site. A new mini device named MiFi, can provide us with a mobile WiFi network with this 4G LTE connection.

In fact, Faea MiFi is a mini wireless router, it support 3G WCDMA and 4G FDD-LTE network, you need to insert your SIM card, and get a WiFi network, so you may share it to your smartphone or any other device which you may want to connect with internet. The device size is about 60*40*10mm, it is easy to carry it in pocket or bag.

Still the device is not yet announced officially. But dinna worry, we’ll keep you updated as soon this new device comes handy! 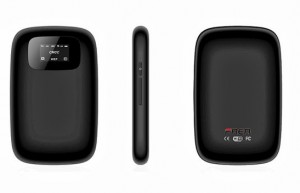