WhatsApp’s 450 million worldwide users were unable to access the smartphone free-messaging service for several hours on Sunday. The company has confirmed that the service is indeed facing some issues and they are working towards fixing it.
When you open WhatsApp, it keeps trying to connect to the servers. It is quite similar to when you open the messaging app when there is no data connection.
“Sorry we currently experiencing server issues. We hope to be back up and recovered shortly,”WhatsApp said in a message on Twitter that was retweeted more than 25,000 times in just a few hours and provoked ridicule because it comes so soon after Facebook’s hefty acquisition. About 2.5 hours later it tweeted again to say: “WhatsApp service has been restored. We are sorry for the downtime”
Two days back the messaging service was in the spotlight for inking a deal with Facebook. The social giant acquired WhatsApp for $19 billion which is Facebook’s biggest acquisition.
Many people all around the world showed their hate by updating their status on every kind of social media and specially mentioning Facebook as the one responsible for this crash! This was because people thought that the new owner of ‘WhatsApp’,i.e. Facebook wants to increase it’s traffic by letting down the server of WhatsApp.
Hope they all are now happy.!
#Wazzupp!??. 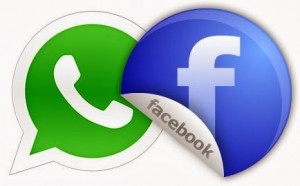 1 thought on “WhatsApp went down on Sunday Night for two and a half hour due to server failure:”