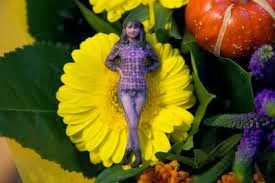 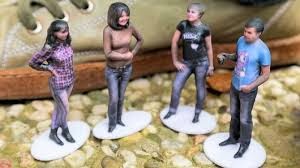 This software is called shapify.me. It uses motion sensors in a Microsoft Kinect to scan a costumer`s full body by taking information from eight different angles. Once a person gets a 3D image they like an on depend printing company called Sculpteo  makes a statue of about four inches high and ships it to the customer.

The company behind this software is a Russian called Artec group and they think this could be more than just home curiosity.

The company`s founder and chairman Artem Yukhin says these days people want to scan themselves and make little statues of them.

Artec makes most of its money from a sophisticated 3D scanning camera that costs $15,000 to $20,000 which they sells to businesses like animation, product design and plastic surgery.

Yukin heard about a man in Japan who was using the camera to make status of people. There were others in Germany and England too.

Could the same thing happen again? yes by the stores which sells 3D Faces. The idea now is to franchise the product offering a loaded kit for $1,000 that a small business man can set up in the malls.