Skip to content
HP has launched a voice-calling Android tablet in India, the Slate7 VoiceTab at Rs. 16,990, alongside its Slate6 VoiceTab phablet. The tablet will be available from next week onwards. 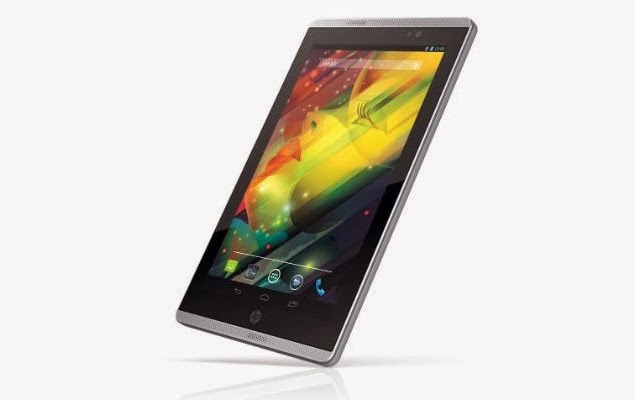 The Slate7 VoiceTab features a 7-inch (1280×800 pixels) HD IPS display. The tablet is powered by a 1.2 GHz quad-core Marvell PXA1088 processor alongside 1GB of RAM. It includes 16GB of internal storage that can be expanded up to 32GB using a microSD card.  The HP Slate7 VoiceTab runs Android 4.2 Jelly Bean out-of-the-box and comes with dual-SIM functionality with voice-calling and dual standby support.
It sports a 5-megapixel rear camera and also houses a 2-megapixel front-facing camera. Connectivity options on the tablet include Bluetooth, Wi-Fi, GPS, Micro-USB, EDGE, GPRS and 3G (via SIM). The tablet packs a 4100mAh battery and weighs 325 grams.
The HP Slate7 VoiceTab tablet comes with 25GB of free cloud storage from Box and also comes preloaded with apps such as HP e-Print, HP Connected Photo, HP File Manager and HP Connected Music (three months of unlimited downloads have been bundled).
At this price point, the Slate 7 VoiceTab will be up against the Samsung Galaxy Tab 3 and Lenovo Idea Tab A3000.
HP Slate7 VoiceTab key specifications:
Share on Twitter Share on Facebook Share on LinkedIn Share on WhatsApp