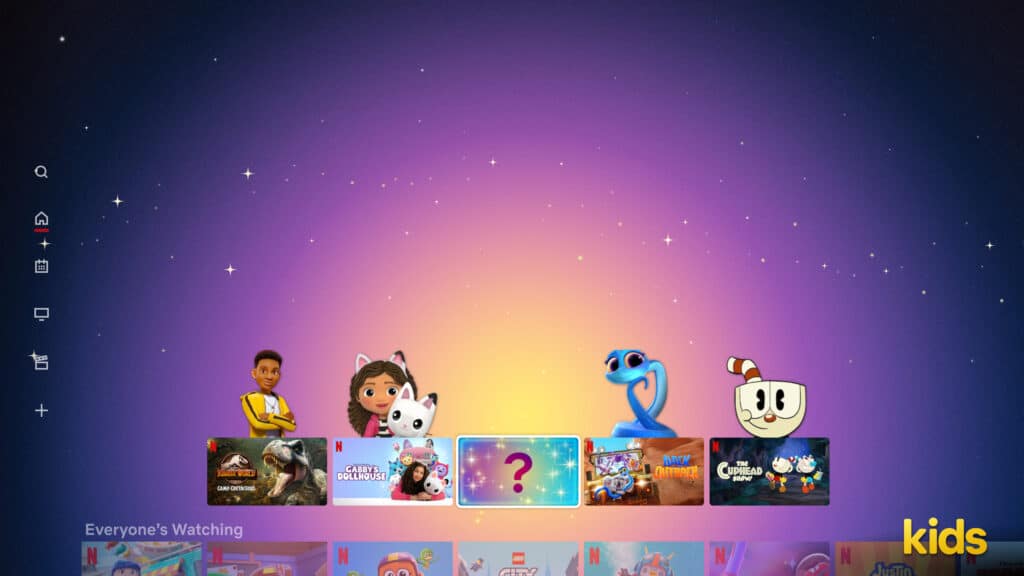 Netflix, the popular digital content provider, is introducing a new option for children. It’s called Mystery Box, and it will propose movies and TV shows to children, assisting them in discovering their next favorite movie series. Although the tool is similar to the shuffle button, which suggests content based on viewer preferences, it will only propose episodes and movies that are appropriate for children to watch.

“Kids are drawn to what they love — their favourite toys, foods, songs — and it’s hard to get them to try something new. So today, we’re launching a new mystery box feature on TVs around the world to provide a fun and safe space for kids to discover their next favourite series and films or reconnect with a familiar face — whether it’s a comedy series in a beloved franchise like Boss Baby: Back In The Crib or an animated adventure film featuring a whole new cast of lovable characters like Back to the Outback.”

The function is being rolled out to Netflix subscribers worldwide and can be utilized by consumers who watch videos through a child’s profile. While kids can always choose a movie or a series on their own, the feature makes the process more enjoyable by using engaging and colorful animations that build up some tension before revealing the title of the film or series that it has to recommend.

Keep reading this article till the end to know how to use Netflix Mystery Box.

How to use Netflix Mystery Box?

Begin by logging onto a child’s profile. Then, near the top of the homepage, look for the kids’ ‘Favorites Row.’ This row is character-driven to help them engage with the characters, series, and films they enjoy as soon as they turn on Netflix. Finally, mouse over the sparkly ‘mystery box’ to find a ‘new for you’ title.

In the official announcement post released on May 19, 2022, Netflix describes the new Mystery Box. What exactly is in the mystery box? It may be Ada Twist and her companions Iggy and Rosie one day. Some other day, it could be those terrifying Jurassic World camp Cretaceous dinosaurs. Perhaps it’s a couple of feline pals from Gabby’s Dollhouse. In a word, the new Netflix Mystery Box is a content recommendation tool that is suitable for children.

Check out this new Netflix Mystery Box feature on your profile. Also, if you have already checked this feature out, share your experience in the comment section below.

How To Change The Display & Audio Language On Netflix?

How to sign out of Netflix on all devices?