since the beginning has been an RPG with simple and consistent gameplay mechanics. The turn-based approach has become synonyms with the franchise and fans return for it after every release. It is fun, challenging, and adorable. Pokémon has mastered this formula throughout its generations of successful titles and it has become a safe bet for the game publisher.

Pokémon game developer Game Freak created something new. A reimagination of what Pokémon is. This game scrapped almost all elements of the previous Pokémon games, Gyms, random encounters, an Elite Four, trainer battles on the overworld, an evil team bent on world domination, they are all removed and replaced.

But in return what we get is amazing. The interaction with Pokémon in the open world feels real, the Pokémon battles are quick and the player actually has more at stake when he fights a pokemon.

The game reimagines Pokémon’s core mechanics of finding and catching Pokémon and battling with them, into a new context of exploring vast 3D open spaces. Like the previous games, Pokémon still wander the wilderness, you go about battling them and capturing them. But now you get a wide variety of options on how you want to interact with Pokémon. If you find a new Pokémon in the open world, you can toss a PokeBall right away for a capture attempt, send out one of your Pokémon for a battle, or play it safer and use items like berries to distract them or mud balls to stun them.

The stakes are higher as well, battles are short, and Pokémon 20 levels apart still pose a threat to your Pokémon. Pokémon also directly attack the player, your actual character, requiring you to dodge-roll or take a hit losing health from your limited health bar. Pokémon battles have gained a complete overhaul. They are quick and precise. A new strategic layer has been added to Pokémon encounters, the addition of Strong and Agile attacks along with a few others. Now you can choose to sacrifice attack power to bring your turn back sooner with an Agile move or give up future turns for an extra-powerful strong attack.

The implementation of the system seems incomplete because of one aspect, the speed of battles. Pokémon in this game get defeated very quickly, resulting in you or your opponent switching Pokémon in and out constantly, forcing the turn order to shift and reset again and again. If the fights were longer than a few turns, this mechanic would have been a great addition to the battle system expanding the complexity of Pokémon battles. A welcome addition to Pokémon. This Open world aspect finally fulfills every Pokémon fan’s childhood dream, freedom to explore. The wild Pokémon actually react like wild Pokémon should, actual creatures with distinctive behavior. The Open world has 5 biomes. Each biome is separated and self-contained, containing within them powerful Pokémon suited for those biomes. Pokémon rapidly spawn in and out to create tense and delightful surprise scenarios.

To be honest, the world fills empty almost like it was a second thought for the game. Unlike previous games where your every step is greeted with something, here in this game, you actually need to find that something. The World also has berserk Pokémon with Red-eyes wandering the map, they act as mini-bosses giving a challenge to the player in the otherwise lackluster open world. It’s bad. The story makes no sense at all. All the interactions and story aspects are hindering overall gameplay. The player will constantly find himself waiting for the story parts to finish so he could get back into the open world. The story goes as follows.

The story goes as follows, the main character gets sent back in time by Arceus to the Hisui region, the Sinnoh region of ancient times, with one task in hand—to seek out all Pokémon. From the same day onward, strange lightning from the rift starts striking the Noble Pokémon, causing them to enter a frenzied state. Now as a member of the Survey Corps, the player must stop the frenzied Nobles from wreaking havoc, all the while completing the first-ever Pokedex and completing Arceus’ quest.

Now, this might sound like a complete story, but the characters in-game dialogs have no soul, make no connection to the actual events of the game, and are plain boring.

It is a welcome change for the Pokémon genre. This is the awkward first step the Pokémon series has made, and it will take a while for a longtime fan of the series to understand this game but it will be all worth it. This game is like the epilogue of what could be the best Pokémon game in the making, and we recommend you to play this game right now. 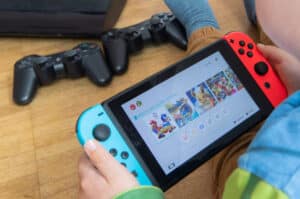 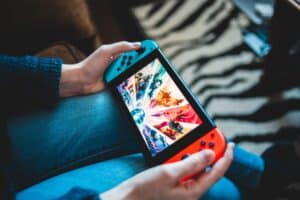 How to create Nintendo Switch groups?