The JioBook laptop, which is expected to ship in India in the near future, has just been detected on a Geekbench listing with the specs of one of its versions. An image of the JioBook laptop was discovered earlier this month on the website of the Bureau of Indian Standards (BIS).

On the certification site, three different laptop models were available for purchase. On the certification page, there were three variations with the model numbers NB1118QMW, NB1148QMW, and NB1112MM, respectively. It has recently been discovered that a JioBook variation with the model number NB1112MM has emerged on a Geekbench listing, which contains precise details about the device ahead of its introduction.

A MediaTek MT8788 CPU and 2GB of RAM are listed as being included in the specifications of the aforementioned JioBook laptop. The Geekbench listing also indicates that the Jio Book laptop would operate on Android 11, as opposed to the prior speculation that it would run on JioOS, which would run on an Android operating system. The JioBook received 1,178 and 4,246 points, respectively, in the single-core and multi-core tests conducted by Geekbench on the device. My Smart Price was the first to see the ad and alerted the owner.

Qualcomm’s Snapdragon 665 (sm6125), an 11nm chipset that was announced in early 2019, was reportedly used in the Jio Book prototype, according to a report published earlier this year by XDA developers. The Qualcomm Snapdragon X12 4G LTE modem is embedded inside the chipset, and it is expected to be used by the JioBook to enable cellular access to Reliance Jio’s extensive 4G network. The Jio laptop was supposed to have a display with a resolution of 1366 x 768 pixels. A Qualcomm Snapdragon 665 SoC with an integrated 4G modem, 4GB of LPDDR4X RAM, and up to 64GB of eMMC onboard storage were also mentioned as being part of the device’s specifications.

Furthermore, based on documents from Chinese firm Bluebank, it was predicted that the laptop would include a mini HDMI connector for video output, WiFi connectivity over both 2.4 and 5GHz frequencies, Bluetooth connectivity, as well as an accelerometer with three-axis motion tracking and a Qualcomm audio chip.

Recently, Jio unveiled the JioPhone Next, a smartphone that is underpinned by the Google Android operating system. The smartphone had been unveiled as the JioPhone next during an Annual General Meeting, but it did not go on sale right away due to a scarcity of processor chips. In India, the smartphone has been introduced at a price of Rs 6499. Along with a competitive pricing structure, Jio has also introduced a number of payment alternatives to make purchasing the smartphone even more convenient for customers. 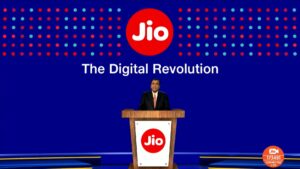 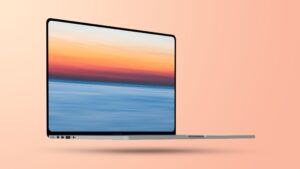 Apple MacBook Pro 2021 launch: Everything you need to know