Google Monetization Policy: The search engine giant, Google, will now ensure that only accurate information is disseminated through its ad platforms as part of its efforts to combat climate change. In order to do this, the IT behemoth has revised its monetization strategy and will now filter out any false material distributed through its advertisements.

The move, which was made public by Google on Thursday, represents a significant shift in the company’s content monetization philosophy. This new policy will be implemented starting on December 6, following which Google will analyze content related to climate change. It will make an effort to distinguish between advertisements that propagate incorrect information about the environmental consequences of human activity and advertisements that debate such erroneous assertions.

If it is discovered that a particular ad is engaging in the former practice, Google will remove it from its ad networks. In a nutshell, any information that makes assertions about climate change that are either untrue or counter to scientific consensus will be removed from Google’s search engine results. This would essentially prevent corporations from airing any advertisements that deny the existence and consequences of climate change in any way.

In addition to ad campaigns, Google will apply this restriction to any material displayed on its platforms, including YouTube. As a result, content providers on Google platforms will no longer be able to earn money from any content that is in opposition to the scientifically known consequences of climate change.

Examples of this type of content include claims that climate change is a hoax or a fraud, or that it is simply not a genuine phenomenon, among other things. In accordance with this policy, posts claiming that humans have no influence on climate change will be flagged as well.

Since it has been established that people have had a significant effect on the climate of the Earth for the past few centuries, it is past time to put an end to hypotheses that claim otherwise. While freedom of expression is important, disseminating disinformation on such grounds through platforms such as Google’s is growing simpler and easier with each passing day in the digital age, allowing miscreants to divert the general public’s attention away from the truth and away from the truth.

As a result of this type of information, many people really form the belief that climate change is a hoax in their thoughts. Whereas in fact, people all over the world should be aware of the harmful impacts of climate change and how their everyday actions may either exacerbate or mitigate the effects of the phenomenon.

Google’s latest decision is another step in the company’s ongoing efforts to prevent the spread of false material through its platforms. During the previous year, the emphasis was on stopping the dissemination of false information about Covid-19 and its associated vaccinations. It is past time for environmental knowledge to be accorded the same degree of importance as other fields of study, particularly when the world population begins many activities anew following the epidemic. 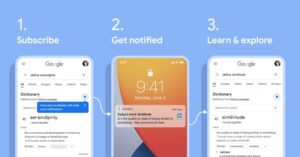